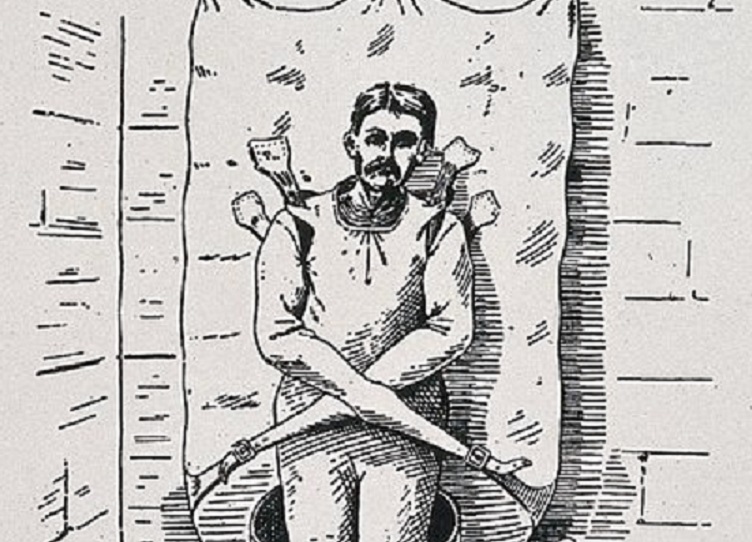 Surge Summary: Society seems to be at war against all that was once called “normal”.  Traditional ideas about sex, Christianity, etc. are frowned upon. Actual mental illness is dismissed as the product of racism. Time for “normal” people to push back.

Just when you thought the Left couldn’t veer any closer to the cliffs of insanity, The Washington Post has given notice that we haven’t seen anything yet.

The daftest bit of madness, the war on biological gender, is just part of it all. Sanity itself is now on trial, according to a book review in the Post’s Sunday Outlook section, “How colonialism and capitalism helped place a stigma on mental illness.”

Mr. Ravichandran, channeling Mr. Grinker, accuses Western society of having an “obsession with what is normal.”

For most people who are reeling from an ever more perverse popular culture embraced by media, academia, Hollywood, the Democrat Party and even corporations, the problem is not too much normalcy. We’re in the grip of people hellbent on making it disappear entirely.

Stigma about mental illness is “inseparable from the birth of capitalism, of colonialism, of industrialization and of the slave trade,” the reviewer says. After crediting Marxist philosopher Michel Foucault for this analysis, he goes on to charge that “the two most stigmatizing diagnoses in psychiatry – borderline personality disorder and schizophrenia – are reserved disproportionately for women and for people of color.”

So, there it is. These illnesses aren’t real; they’re the invention of White, male supremacists who invented the stigma of mental illness and imposed it on hapless victims. This makes sense since we’ve been told over and over during the hundreds of BLM/Antifa riots that “White Supremacy” has caused every evil under the sun.

Speaking of BLM, they’ve actually been nominated for a Nobel Peace Prize. Someone said it should be renamed the Nobel “Mostly Peaceful” Prize.

Anyway, why not blame white males for stigmatizing mental illness? After all, Freud and Jung were white males. And they did send us down the road away from sin and redemption toward the Therapeutic Society.

But wait, the real target is about to be revealed. Mr. Ravichandran says that “a brilliant insight that emerges again and again from the book, though never articulated as such, is that it is hard to imagine stigma without a constellation of beliefs that are distinctly Western and Judeo-Christian.”

It turns out that those pesky Ten Commandments put too much pressure on us to behave in a certain way. So, instead of the wisdom and truth found in the Bible, we should look instead to the “Jun/oansi people of Namibia.” This tribe attributes symptoms of psychosis to “spirits outside the body.” In this manner, they “do away with all stigmatizing notions of personal responsibility.”

Now, I happen to believe in angels and demons. The Bible tells us so. But this sounds a lot like the current Democrat plan to overhaul America in the Great Reset of socialism. To them, “personal responsibility” is anathema.

That’s why they’re trying to shove through things like a nationally mandated $15 minimum wage. It sounds nuts, but there’s a method to their madness.

The fact that an estimated 1.5 million people on the lower rungs will lose their jobs or not even get one is not a bug of the system; it’s the main feature. Those people will need a bailout from taxpayer-funded government programs, on which they will become permanently dependent and thus Democrat voters.

Thousands of small businesses that have survived the COVID-19 lockdowns will face bankruptcy, leaving more of the market to Amazon’s Jeff Bezos and other leftwing titans who now function as our rulers and censors. This bad, bad policy’s backers are crazy as a fox.

Likewise, the media lie to us every day, blurring reality and fantasy. Blatantly. No longer shockingly.

Any of his millions of listeners knows this to be ludicrous. In fact, borderline crazy. But it’s par for the course for America’s “paper of record.

As for the Washington Post and the fawning review of the Grinker book, it looks like a trial balloon. If enough people buy it, they can drop the other shoe and float the notion that Jews and Christians are mentally ill for believing in the God of the Bible. I think that’s where it’s all headed.

Now is the time to call their bluff. In 1998, Psychological Bulletin, which is published by the American Psychological Association, carried an article suggesting that pedophilia should be destigmatized because studies on child sexual abuse showed that “the negative effects were neither pervasive nor typically intense.” At least one of the authors also wrote for a pro-pedophilic journal. Yes, there are such things.

After a major pushback from pro-family groups like the Family Research Council and a scathing letter from the American Psychiatric Association, the psychological guild backed off. The kidnapping lobby is back at it, of course, but they suffered a major setback.

Before the men and fake men in white coats start carting us off merely because we hold true to the faith of our fathers, we need to call them out, every day over their dishonest, dark and insane lust for power.

God willing, and if enough of us do that, they won’t get away with it.

Robert Knight is a contributor to The Washington Times. His website is robertHknight.com .