New Bill Would Block Biden Admin from Sending Gitmo Terrorists to the U.S. 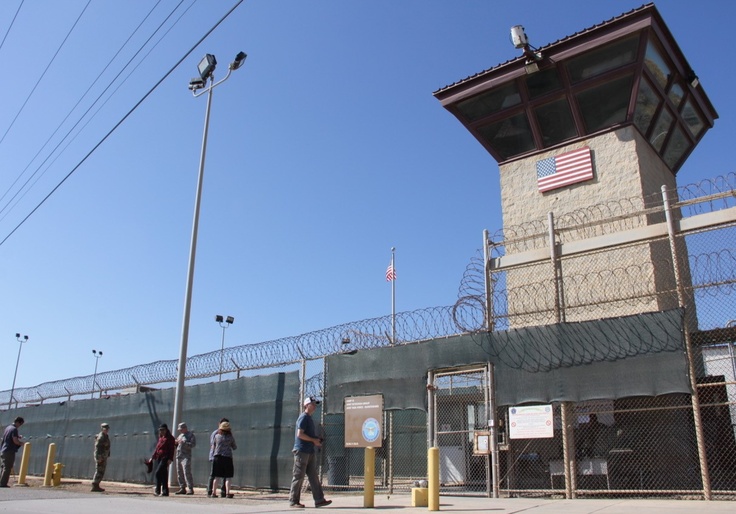 The new bill is a direct challenge to the Biden administration’s efforts to close down the Cuba-based prison camp that still holds 40 inmates, all of them high-level terrorist operatives. The White House has vowed to shutter the prison, laying the groundwork for these inmates to either be released or transferred to prisons inside America.

The measure would effectively block the Defense Department from using taxpayer funds to “transfer, release, or assist in the transfer of or release to or within the United States” of any Gitmo inmate, according to a copy of the bill.

Republican lawmakers have widely opposed the Biden administration’s efforts to close down Gitmo’s prison camp, where the masterminds of the 9/11 terror attacks are still being held and tried in a military court. If the prison is closed, the current detainees would have to be relocated, likely to the United States, where they could face trial in a civilian court. Critics of that scenario say the American court system is not equipped to handle a case involving terrorists and their activities on the battlefield. In many cases, these detainees were interrogated by the CIA before being sent to Gitmo, meaning that a trial could see highly classified information made public.

Mace, in a statement, said that relocating the terrorists to the United States would be “unacceptable and irresponsible.”

The bill comes almost a month after nine Republican war veterans in Congress sent a letter to the Biden administration urging it not to bring prisoners at Guantanamo into the United States.