Merrick Garland Has a Lot Of Thinking To Do 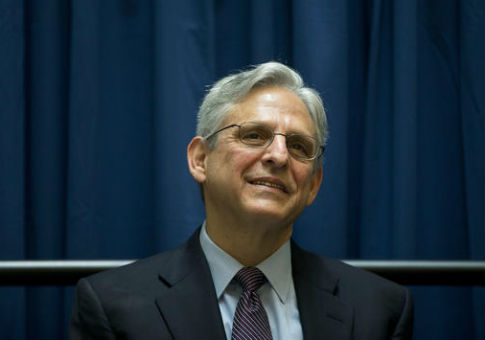 Judge Merrick Garland, who will likely become the next attorney general, isn’t really sure what he thinks about illegal immigration, China, and the origins of the Trump-Russia probe.

A string of evasive answers made Garland’s confirmation hearing on Monday a dull and tedious affair, especially since his confirmation looks like a lock.

The proceedings made for a stark contrast with the confirmation hearings of Jeff Sessions and William Barr, who were lambasted by Democrats for similarly noncommittal answers.

Here are Garland’s thoughts on some of today’s most pressing issues.

1. Whether illegally crossing the border should remain a crime.

2. Whether it was wrong to force nursing homes to accept patients who previously tested positive for COVID-19.

“I honestly don’t know what happened with the nursing homes…. I’m sorry, I’m not trying to be evasive. I really, I really don’t know the facts here.”

3. Whether special counsel John Durham’s probe into the origins of the Trump-Russia investigation is legitimate.

“I don’t really know anything about the investigation.”

“This is one of the ones which I would have to think about, which I have not thought about.”

5. Whether the Chinese Communist Party is an enemy of the United States.

6. Whether biological men who identify as women should be allowed to participate in women’s sports.

“The particular question of how Title IX applies in schools is one that, in light of the Bostock case, which I know you’re very familiar with, is something that I would have to look at when I have a chance to do that.”

The post Merrick Garland Has a Lot Of Thinking To Do appeared first on Washington Free Beacon.

In other news...
Joe Biden’s HHS Nominee Calls Killing Babies in Par...
Report: Israeli Security Officials Expect More Iran...
An Open Letter to Joe Biden; What Does Your Faith R...
Trump Hatred Has Crossed the Line of Insanity
Biden Has Been Lying To Us All Along
Former Aide Accuses Governor Andrew Cuomo Of Sexual...