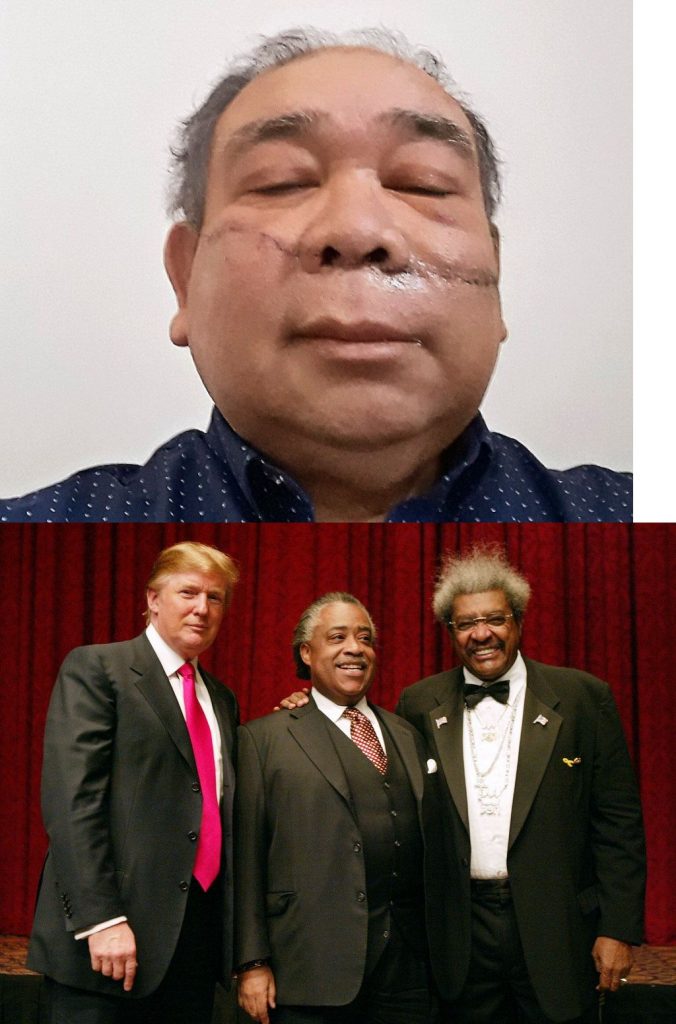 If you haven’t heard of Jesse Lee Peterson, you should check out his YouTube channel and his main website. You may not agree with his religious views, but he talks a lot of common sense about politics, especially about the media’s obsession with race, and the breakdown of family values.

In some ways he goes over the top, saying the real race problem in America is the black hatred of whites and their resentment of both whites and successful minorities. He is half-right about this, but misses that the people who are causing this resentment are the braindead talking heads, corrupt academia, and the black elites. But there is one dude he isn’t fooled by, Al Sharpton, Jesse has his number well and good.

Although it wasn’t the first race case he championed, the one for which Sharpton will be forever  remembered is the Tawana Brawley hoax. In 1987, a black teenager who had stayed out late faked a gang-rape on herself by a group of white men. Although an eyewitness saw her staging the crime (crawling into a bag) and a hospital examination failed to bear out her claims, Sharpton insisted on pushing the envelope, something that led to him being sued successfully for defamation.

Just as well known is the fact that Sharpton was best buddies with Donald Trump. In 2005, he and boxing fan Trump were photographed with promoter Don King. Photographs of Trump and Sharpton together are not difficult to find, and Trump was widely admired by American blacks. Yet suddenly, in Sharpton’s eyes, Trump is the Devil Incarnate, or at least the worst type of racial bigot. The montage above shows the aforementioned 2005 photo of Sharpton and Trump; the top image is of Filipino American Noel Quintana. Not a young man, on November 3, he was the victim of a vicious, unprovoked attack in New York, as evinced by that horrific scar across his face.

According to Sharpton, this is Trump’s fault. By calling a Chinese virus a Chinese virus, he fueled hate across the country. The only problem with that narrative is that Mr Quintana’s attacker was black, and is obviously deranged rather than on any sort of racial crusade. Jesse called it. Don’t hold your breath waiting for Sharpton to retract.