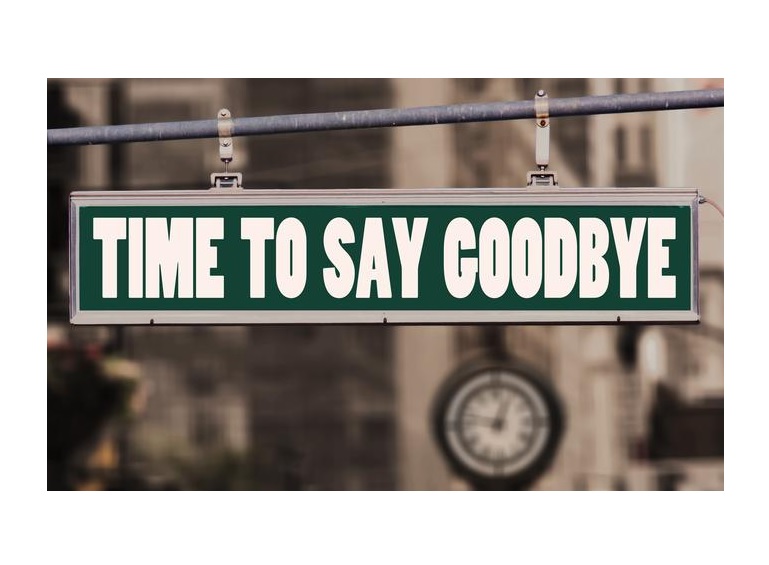 Surge Summary: For a long time, America’s Episcopal Church has been compromising truth, even supporting some who deny basic Christian truths. They seem to emphasize trendy politics to the neglect of essential biblical orthodoxy. Christians who believe the Bible need to part ways with the denomination.

The Washington National Cathedral has been dodging intense incoming missile fire since they apologized to livid LGBTQ bullies for having conservative author Max Lucado preach at its virtual Sunday service recently. The church invited Max to “build bridges,” but his biblical views on sexuality and marriage makes them hold their breath in angst. When those defenders of equal rights at the local Lavender Club started shooting at Cathedral leaders, they, along with the Bishop, folded like a cheap suit as all unprincipled people do.

Church officials blamed their “mistake” on their “straight privilege” and begged forgiveness for the “pain” they had caused. The two gutless church leaders promised to schedule a “listening session” for the LGBTQ crowd who had turned blue from holding their breath.

The Episcopal Church is so twisted that it put one of their bishops on trial for following the Bible! William Love was a very conservative and orthodox Episcopal Bishop of Albany, New York, and was tried by his denomination for being too biblical. The Bishop abides by the traditional Christian doctrine that marriage is the union of one man and one woman. The courageous Bishop was put on trial “after banning gay marriage ceremonies in his diocese.”

Bishop Love is as out of place in the radical Episcopal denomination as Louis Farrakhan at a Jewish bar mitzvah. After enormous pressure from his craven denominational leaders, Love resigned from his bishopric effective February 1, 2021.

Good, now other principled leaders and ordinary church members should leave the denomination as if their hair were on fire.

Frankly, all principled people, with any cursory knowledge of biblical truth, should cut all ties with all the mainline churches that have become little more than social clubs. Most of these churches are very light on the Bible and deep into social justice, promotion of same-sex “marriage,” transgenderism, globalism, climate change, etc. By continuing in apostate denominations, members become participants in the compromise and corruption of their evil deeds.

The Episcopal Church has been dominated by weirdos such as Bishops James Pike, John Spong, and Gene Robinson. Their best-known churches are the National Cathedral and St. John’s in Washington, D.C. Those churches would be empty and used as warehouses if they were not historic places.

I watched two hours of a dialogue held at the National Cathedral dealing with two cathedral windows that depict Robert E. Lee and Thomas Stonewall Jackson. Cathedral officials had been wrestling with this for a long time, and in September 2017, the windows were removed.

The media and the panel discussion I watched were concerned about the windows telling an “incomplete and misleading account of our History.” An official said, “We are committed to finding ways to offer a richer, more balanced expression of our nation’s history.” I’ll buy that; however, I demand some consistency, something that never concerns liberals.

During the panel discussion, the Rev. Dr. Kelly Brown Douglas, Canon Theologian at the Cathedral, spoke approvingly of Nat Turner, and another spoke positively of W. E. B. Du Bois. The panelists also agreed that one must know about Thomas Jefferson’s ownership of hundreds of slaves to really know the man. Okay, I’ll accept that, but no one seemed concerned to tell the whole story about Turner and Du Bois, so I will. Maybe the panel, consisting of two white people and two black people, does not know the complete stories of those men.

Nat Turner, a black slave in Virginia, claimed to be a Baptist preacher who always felt destined for greatness, and his parents encouraged him, considering him a prophet. They were convinced of that because of unusual marks on his head and breast! Turner reported seeing spirits fighting in the sky, and he allegedly heard voices. Being a “prophet,” he communicated “revelations” to fellow slaves. I don’t need to emphasize that such is more indicative of a paranoid than a prophet.

Then, when Mount St. Helens erupted on February 12, 1831, nearly 3,000 miles away, Virginia’s atmospheric conditions convinced Turner that God wanted him to kill his white enemies! About seven months later, on August 21, 1831, he and other slaves attacked and killed 55 white people, including men, women, and children–some as they slept. One victim was a baby in its cradle. Some of the victims were beheaded, including children. The killers used axes, clubs, swords, and guns.

Armed citizens confronted the attackers, and Turner was captured, tried, and executed by hanging after hiding for two months. His corpse was flayed, beheaded, and quartered. It seems the slaveholders wanted to send a message to their slaves.

Mindless, guilt-ridden Whites and gullible Blacks seek to make every Black a hero, but surely, no sane person thinks Turner was anything but a monster.

Another black hero is W. E. B. Du Bois (who insisted on being called “Dr. Du Bois”), an impressive intellectual who, in 1895, was the first Black to earn a Ph.D. from Harvard. He was a founder of the NAACP (most of the executive officers were white) in 1909, and he was hired as editor of their journal The Crisis. Du Bois later resigned (some say he was dismissed) in 1934 over the reversal of his segregation position to accepting the “separate but equal” position as a satisfactory goal for Blacks. He had rejected Frederick Douglass’ plea for black Americans to integrate into white society. He also sparred with Booker T. Washington, the number one black leader in America who was highly respected by Whites and Blacks.

Du Bois thought Booker T. Washington was too slow and patient in dealing with segregation. Washington was an accommodator, and Du Bois was an agitator. Du Bois was an effective advocate for civil rights but leaned far to the left, defending and joining many socialist causes. He taught that capitalism was a major cause of racism. Du Bois was a peace advocate and promoted nuclear disarmament. He began to support the Communist Party and warmed to Marx’s atheism.

Many of Du Bois’ friends and supporters shunned him, especially after the FBI continued to investigate his actions, associates, and his advocacies. He ended up joining the American Communist Party, traveled to Russia and China (becoming their cheerleader), and became a citizen of Ghana, where he died in 1963.

I wonder why the Episcopal leaders did not think it necessary to reveal the full scope of Du Bois’ life. Maybe because of the stories of their own leaders.

Bishop James Pike died a bishop in the Episcopal Church, although he said that he was leaving the denomination. In his personal life, Pike was a chain-smoker and an alcoholic. In theology, he was a heretic even to many conservative Episcopalians. Many heresy charges were brought against him with plenty of facts to substantiate them. The cowardly bishops of the denomination refused to pursue heresy charges. Pike did not believe in Hell, the Trinity, and virgin birth.

Pike was a troubled man all his life. He married Jane Alvies then divorced in 1941. He married Esther Yanovsky in 1942, and she divorced him in 1966. They had four children. Pike lived with (but did not marry) his secretary Maren Bergrud until 1967 when she committed suicide after a heated argument with him. Pike performed her funeral in his church.

In 1968, he married Diane Kennedy and went to Israel on an extended honeymoon. They were researching a book Pike was planning to write. While near the Dead Sea without a guide, they had car trouble, and the couple walked away from the car. Soon, Diane went alone to seek help leaving her husband. She stumbled into workers who took her to safety. Pike’s body was discovered a few days later after an intensive search.

Bishop John Shelby Spong is another Episcopalian leader who is very careful that no one would ever mistake him for a Bible-believer. Of course, he, like Pike and other unbelieving Bishops, makes an excellent living preaching the Bible he does not believe. Such people have plenty of chutzpah but no character. Spong teaches that Christ was “adopted by God as his son” in his Born of a Woman, and He rejects the historical truths essential to Christianity, such as the virgin birth and the bodily resurrection of Christ. Neither does Spong believe that Christ is the only way of salvation. He teaches that the Apostle Paul was a pervert. He believes the creation story is nonsense.

When the Episcopal denomination consecrated homosexual Gene Robinson as a Bishop in 2003, the denomination experienced the “worst single outflow of Episcopalians in modern history,” over 100,000.

They should have lost every genuine Christian, but alas, many Christians don’t know what the Bible teaches, or they don’t care.

Every true Christian should leave every corrupt mainline church because without truth, all you have is a cult.

(Dr. Don Boys is a former member of the Indiana House of Representatives who ran a large Christian school in Indianapolis and wrote columns for USA Today for 8 years. Boys authored 18 books, the most recent being Muslim Invasion: The Fuse is Burning! The eBook is available here with the printed edition (and other titles) at www.cstnews.com. Follow him on Facebook at Don Boys, Ph.D.; and visit his blog. Send a request to DBoysphd@aol.com for a free subscription to his articles, and click here to support his work with a donation.)

The post Hey, Principled People — Time to Cut All Ties with This Compromising Group appeared first on DailySurge.