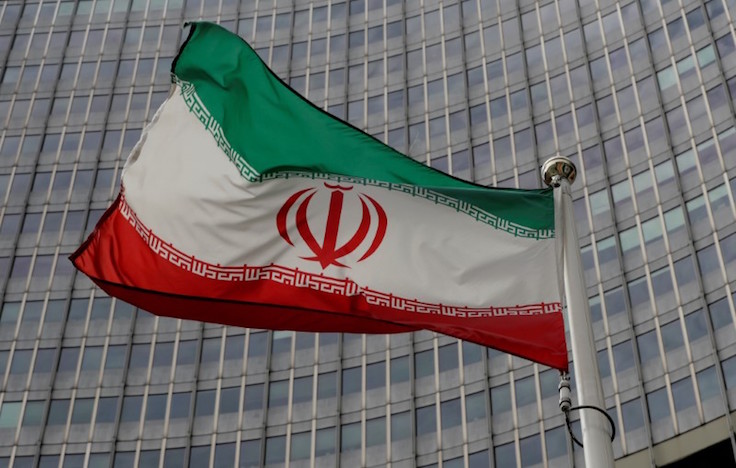 Republican lawmakers on the House Homeland Security Committee are warning the Biden administration against lifting economic sanctions on Iran, saying “appeasement will not effectuate change.”

Rep. John Katko (R., N.Y.), the Homeland Security Committee’s ranking Republican, and 14 other GOP committee members penned a letter to the White House on Monday warning that any effort by the administration to “provide sanctions relief to Iran would be an historic mistake that placates a dangerous and erratic nation which poses an ever-imminent threat to American democracy and national security.”

The letter comes as the Biden administration pursues direct talks with Iran. While the administration has provided assurances that it will not roll back sanctions until Iran ceases its revamped nuclear work—which includes enriching uranium to levels needed for a bomb—Republican lawmakers remain concerned that the State Department will eventually bow to the Islamic Republic’s demands for sanctions relief. Iranian leaders have repeatedly stated the country will not unwind its nuclear program until the United States gives it access to cash resources.

Sanctions, the lawmakers wrote, “are an important point of leverage if we intend to achieve this goal diplomatically and peacefully. Lifting sanctions will only serve to back the United States into an inescapable corner and removes any power we hold in our attempts to normalize Iranian and United States relations.”

The Biden administration is already facing congressional scrutiny over its decision to end its imposition of “snapback,” a set of international sanctions that the Trump administration authorized via the United Nations. Additionally, the Biden State Department has eased restrictions on Iranian officials at the United Nations and removed the Iran-backed Houthi militia group from the U.S. terror list.

“Regime demands for sanctions relief as a prerequisite for the Administration’s proposed bilateral negotiations are not made in good faith,” the GOP lawmakers wrote. “Rather, Iran will remain receptive only to measures which fit its own interests in seeking nuclear armament.”

State Department spokesman Ned Price said Monday that the administration will not back down from its push for diplomacy, despite repeated warnings from Congress. The Washington Free Beacon first reported yesterday that U.S.-Iran envoy Robert Malley has not contacted any senior GOP foreign policy leader in Congress, generating concerns the administration will reenter the 2015 nuclear deal without consulting Republican critics.

In other news...
GA Election Expert Garland Favorito Puts Election C...
Saudi Dissident Says Biden Can And Should Do More O...
The Week in Radical Leftism, 2/26/2021
Americans Need A Mental Health Evaluation Before I...
How Brexit Helped the UK Win Europe’s Vaccination R...
Pelosi, Who Claimed To Be Against Gerrymandering, F...
Try a better search engine at DuckDuckGo.com.