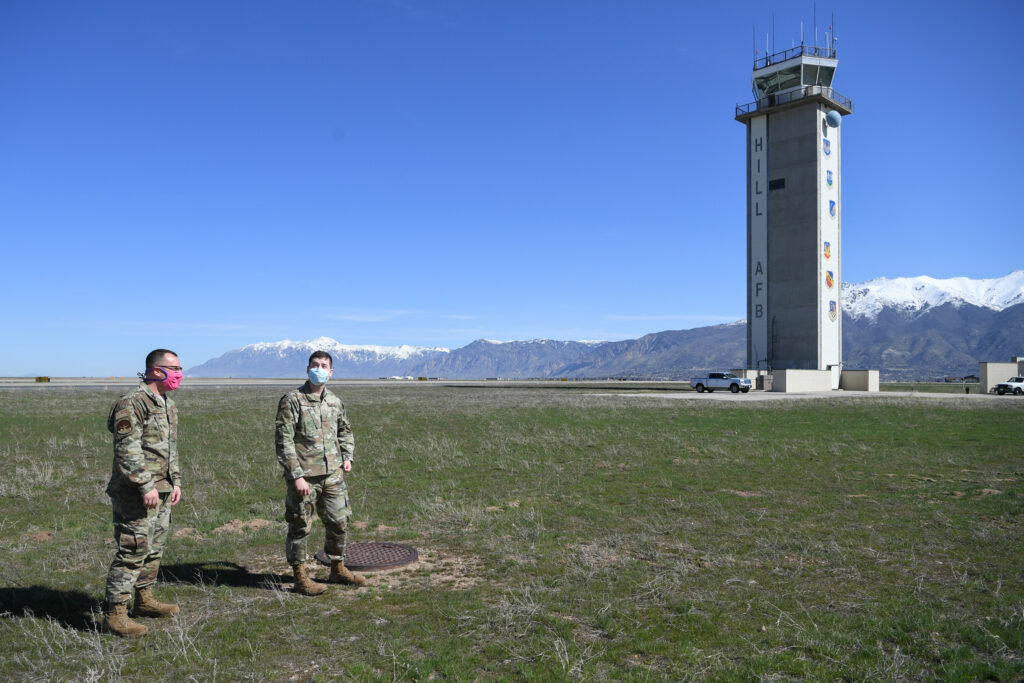 Kumu Networks will prototype a 5G Full-Duplex Integrated Access Backhaul (IAB) and test it at scale in Hill Air Force base in Utah.

ALBUQUERQUE: There is finite space on the electromagnetic spectrum, and a newly awarded contract by the Defense Department seeks to make the most of it. Announced this morning, Kumu Networks will receive $5 million as part of the Department’s Dynamic Spectrum Sharing Initiative, to demonstrate and develop its tool that can trim existing spectrum usage in half.

This technology combines both the transmitting and the listening function of a radio into the same frequency and is known as Integrated Access Backhaul. The current project is designed to integrate Kumu’s existing technology with 5G and DoD radio frequency networks. By reducing the dedicated range of spectrum needed to support the Pentagon, this Sharing Initiative hopes to free up part of the existing spectrum to facilitate commercial and civilian 5G.

“What we do is, imagine this as a device that sits between your mouth and your ear. [With this device] when you speak, you don’t hear yourself,” said Joel Brand, vice president of product management for Kumu Networks. “Obviously, we don’t make it for humans; we make it for radios, but we put the device between the transmitter of the radio and the receiver of the radio, so that when the radio transmits, it doesn’t hear itself. That means I can continue to speak while continuing to hear.”

Brand contrasts this with the existing way radio transmissions are handled. Either the incoming and outgoing messages travel on separate frequencies, doubling the amount of spectrum used to convey a message, or the messages are separated in time, which wifi meters automatically or people using walkie-talkies do by announcing the end of their transmission and waiting for a reply.

“Fundamentally, we do it the same way as noise canceling headphones; we listen to what the radio transmits and inject it in reverse in the radio, so the radio thinks that it doesn’t hear itself, and it can hear everything else,” Brand said.

In September 2020, the department posted a Request For Information on how to dynamically share the spectrum.

“DOD’s partnership with industry is imperative in this extremely technical and competitive field,” DoD CIO Dana Deasy said in the announcement. “What we learn in this effort has potential to benefit the entire nation and keep the U.S. as the global leader of 5G technology for many years to come.”

Halving the spectrum used is only part of the promise Kumu hopes its technology will bring to military customers. The second part is that it allows more devices to work in a kind of decentralized mesh network, linking devices to each other as a sort of signal relay. This is helpful both when centralizing network infrastructure might be lacking (such as battlefields away from cell towers), and in areas dense with other signals, allowing the users to find a clear lane in the spectrum and to make the most of it.

This specific contract is to integrate the technology with 5G, Brand noted that Kumu’s tool can integrate with UHF tactical radios and can handle frequency hopping on those.

While the announcement of the contract award became public today, Kumu Networks began its work at Utah’s Hill Air Force Base on February 19th. The contract will run for 39 months, divided into three phases. The first will demonstrate a prototype that works in conjunction with existing military radios. By the end of Phase 3, the plan is for a demonstrated deployment at scale.