A New African Counter-Terrorism Strategy: An Opportunity For Biden Administration 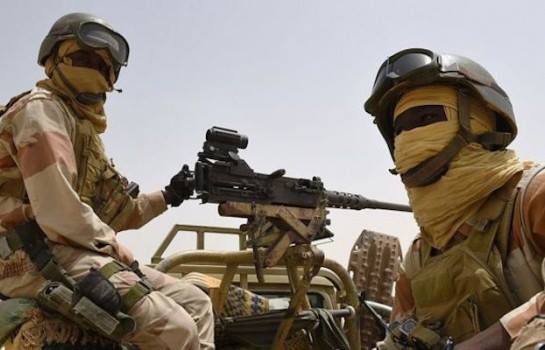 The fight against terror groups often called VEOs (Violent Extremist Organizations) in Africa faces a key strategic turning point. The N’Djamena Summit – which just took place with a US representative attending — is considered the starting point for an assessment of the results of the current strategy undertaken in the Sahelo-Saharan region.

The reassessment occurred because of the persistence of the terrorist threat in the region, which is jeopardizing development efforts already impaired by other factors such as analphabetism, challenging demographics and climate change, to name a few.

The French, US and African experience in the Sahel may serve as a model for the Biden Administration to adopt across the world for asymmetric operations.

The Sahel region is among the worst nightmares for any counter-terrorist expert and planner. In some ways the level of danger and violence resembles the early 2000’s with the same type of alliances between the Touaregs of Northern Mali and Al Qaida terror groups which triggered the Malian government to request French help to roll back the Islamist threat: the Serval operation in 2013.

Since 2013 a myriad of organizations and countries have been acting like fairy godmothers providing financial help for development and military support to fight violence, and the number is growing as more European partners’ special forces join the recently created Takuba Task Force.

The US-supported French-lead Barkhane operation has been quite successful in containing the jihadist threat, but has not been able to fully eradicate it, as the negative spiral between terrorist attacks and the resulting increased poverty and migrations keep feeding each other. The real origin of this centuries-old regional chaos has indeed mostly to do with the immensity and the harshness of the territory, making it difficult for any state authority to settle and provide governance, food, jobs, as well as education. Terror groups come and go constantly adapting to the security posture and regenerating while living on the multiple traffics the geography allows (humans, drugs, arms, etc).

An increase in attacks and civilians’ deaths would be enough to discourage any attempt to go on and try to get rid of a few thousands agile and deadly fighters bringing hell on a daily basis to terrorized populations. However, they mask another reality– the breakthrough of having the G5 countries recognizing they must unite to fight their common enemies.

Born in 2017 out of lessons learned from the Multinational Joint Task Force (units from Benin, Cameroon, Chad, Niger, and Nigeria to who fight Boko Haram), the G5 Joint Force in Sahel (or FC-G5S for ‘’Force conjointe du G5 Sahel’’) was meant ‘’to respond to the regional nature of the threat and to fill the trans-border security gap” its commander, Gen. Oumarou Namata Gazama, said.

The command can operate in three 200 km sectors (it used to be only 100 kms. The area of operation keeps increasing, a sign of the existing virtual circle between success and confidence).

After delays caused by a deadly attack on their headquarters in Central Mali in 2018, the G5 Joint Force in Sahel has been generating and training its forces (currently comprised of seven battalions and a total of 4,000 men). The commander — a charismatic figure whose one-year mandate has been exceptionally extended for another year — acknowledges the difficulty of consolidating any short-term success given the nature and the size of the terrain (450mi x 100mi), but he is determined to make his force as effective as possible.

The creation of a joint command post gathering not only the three African countries, but also French and US military officers in Niamey, Niger allows wide-ranging operations to be planned and coordinated with other missions led by national armed forces, the Barkhane Force. It can also include the United Nations Multidimensional Integrated Stabilization Mission in Mali (MINUSMA). This reorganization of the command structure has been one of the keys to the success of recent operations.

For example, the Joint Force is carrying out an operation called SAMA 2, while its national armed forces also work with MINUSMA on operations Seka, Mongouse and Convoy, and while working with the Barkhane Force on other operations (namely Bourrasque, Mali 24, Carrousel). As an example of the typical multilateral cooperation effected, Operation Bourrasque included 3,000 soldiers – 1,600 French troops and 1,400 armed forces from Mali and Niger – and was supported by US, British and Danish air and ISR assets. At the same time (and for the very first time) French and Estonian (yes, Estonian) special forces from the Takuba Task Force were operating alongside units from Mali and Niger. Joining forces that way allowed to cover a 300 mile-wide area of operation. It was indeed the ability to blend these forces together and operate jointly which allowed then to cover and hold a wider area.

If you add to that C2 capability, the use of Human Intelligence, as well as Malian and Burkinabe air assets (Tucanos and Cessnas) for the first time, you have a winning combination which has been able to tremendously weaken the Islamic State in the Greater Sahara (IS-GS) via interception manœuvres and killing high value targets. In fact, they’ve neutralized ISGS so well that its Al Qaeda nemesis has taken advantage of the situation and has returned as the number one threat in Mali. 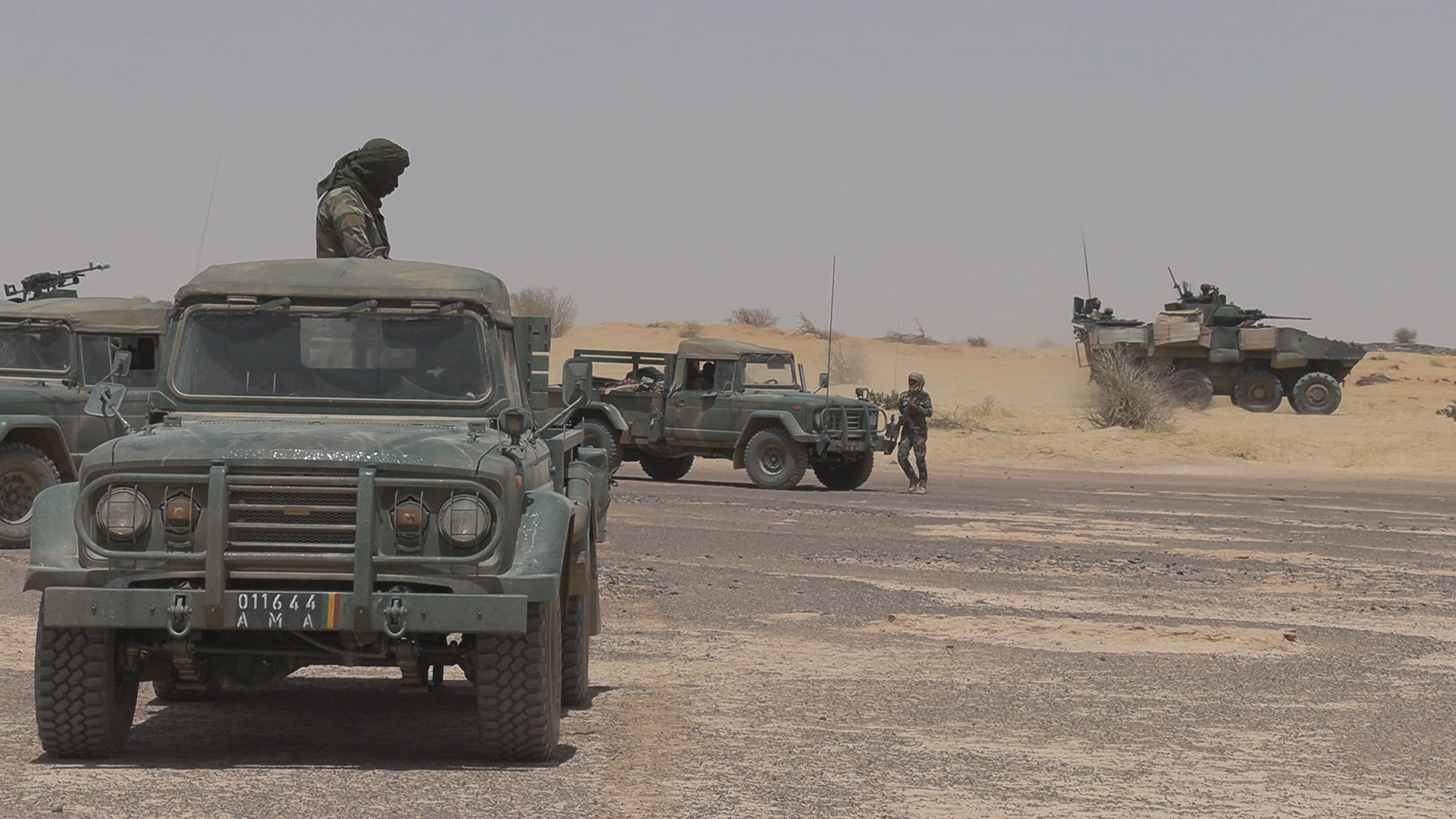 The Biden Administration could increase its support for the G5 Joint Force in Sahel, a fully-owned African solution that demonstrates how Western and African forces can work together to not only contain, but eradicate terrorist violence and control illegal trafficking. Western boots on the ground could simply lead to another endless war; ending Western engagement in the region would only fuel terrorism in Africa, Europe and beyond.

As the new administration reviews its military footprint under Defense Secretary Lloyd Austin supervision (including probably the consolidation of U.S. Army Europe and U.S. Army Africa into a new command called U.S. Army Europe and Africa  – USAREUR-AF – announced last November and planned for the end of 2022), the lessons learned from relying on local forces who have the best knowledge of the contingencies they face on territories they know intimately should be brought to light.

Supporting a toolset such as the G5 Joint Force in Sahel constitutes in that sense a genuine springboard for future transnational stability, accountability and peace, as its main focus is cross-border operations coordination, the key to defeating the terrorist group’s current strategy.

In other news...
3-1-2021 - Trump CPAC Speech
Biden Banned Most Deportations Through First 100 Da...
Is the Left Trying to Crash the Housing Market?
Could a new ‘domestic terrorism’ law become an excu...
U.S. Approves Another “Single-Shot” COVID Vaccine
Clarence Thomas: ‘Citizens Deserve Better’ Than Sup...
Visit our Discussion Forum at Libertati.com. Follow us: