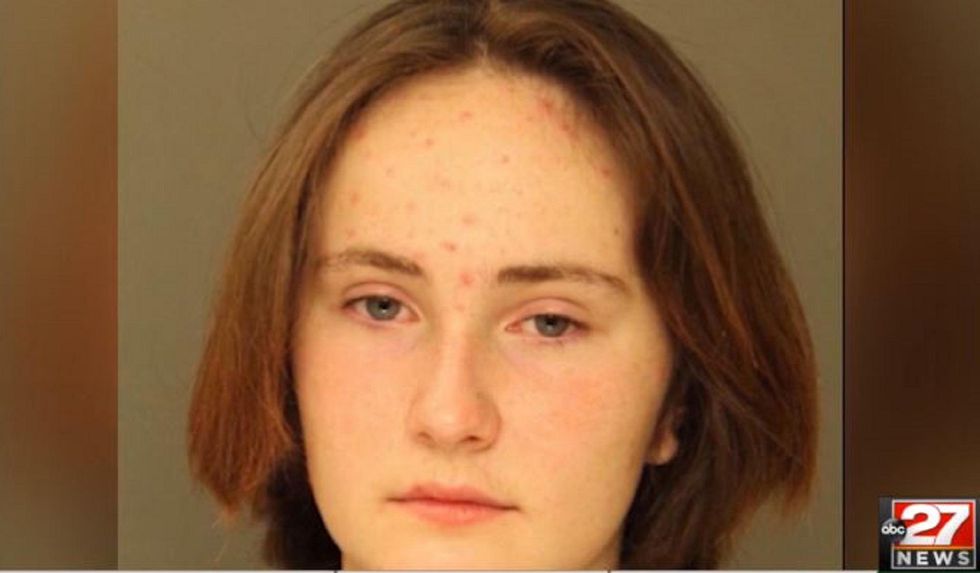 A 14-year-old Pennsylvania girl has been charged with killing her 19-year-old wheelchair-bound sister in their family home, allegedly stabbing her older sibling as their parents slept and calling 911 herself to confess the crime.

The Lancaster County District Attorney’s Office said in a press release that 14-year-old Claire Miller has been charged with homicide, is being held in prison without eligibility for bail, and will be tried as an adult in the killing of her older sister, Helen Miller. They noted that “homicide is not considered a delinquent act in Pennsylvania.”

WHTM-TV reported that according to court documents, Claire called 911 at around 1:00 a.m. on Monday in hysterics, telling authorities “she killed her sister.” According to The Daily Mail, when officers arrived they found Claire outside the residence “covered in blood and trying to wash her hands in the snow.” She reportedly said repeatedly, “I stabbed my sister.”

When police went inside the family home they found Helen in her room, lying on her back with a blood-stained pillow over her face and a knife still lodged in her neck. Emergency responders were unable to revive her.

Manheim Township Police Chief Tom Rudzinski told WHTM that the murder occurred while the girls’ parents were asleep in the same home. No motive has yet been determined.

“When I heard about this I was almost instantly upset about it myself over the details that had been related to me,” Rudzinski said. He added, “I don’t know that I have ever been a part of something that is quite as sad as this.”

WPMT-TV reported that Claire is in the ninth grade at Lancaster Country Day School. Steve Lisk, head of the school, issued a statement saying, “We are surprised by the news of this incident and we’re grieving ourselves even as we look to support the family and ensure support for all our students and families within our tight-knit school community.”

Sarah Delia, a neighbor of the family, told the outlet in reaction to the tragedy, “It’s not the kind of thing we would expect in our neighborhood. It’s very quiet and peaceful.”