To Survive, Prosper in These Perilous Times … ‘Little Platoons’ Will Help 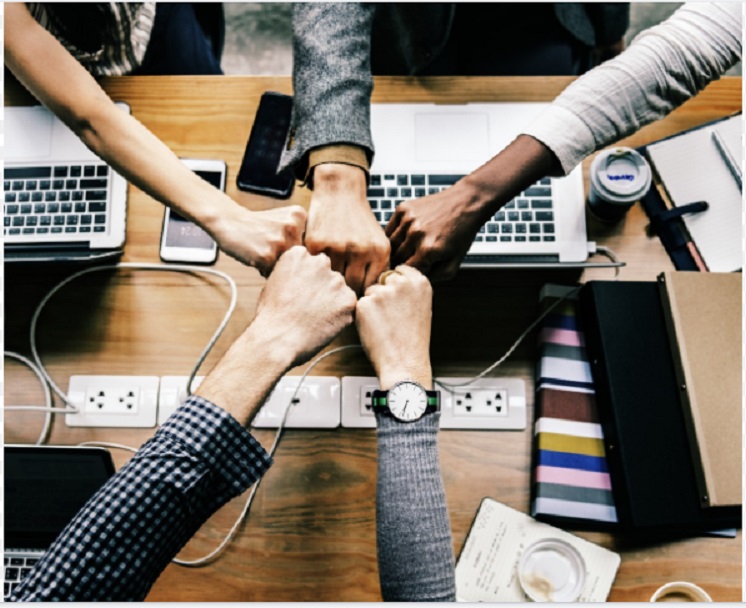 Surge Summary:  These are turning out to be tough days for Christians. How to survive and prevail? A commitment to smaller groups of like-minded peers committed to one another – “little platoons” — is a good place to start. There is a reason the Left wants to keep the focus on big things: the State, government programs, etc., rather than the family, churches and other support groups.

The apostle Paul took this to heart with his 20/20 vision recorded in Acts 20:20: “I did not keep from declaring what was beneficial to you, and teaching you publicly and from house to house.”

The “two-winged” pattern of the early church, enabling them to prosper under persecution and pressure, consisted of larger congregational meetings coupled with smaller informal gatherings in homes. “And continuing daily with one mind in the temple, and breaking bread from house to house” (Acts 2:46a).

When John Wesley evangelized, his “Methodist” method to strengthen new converts was to gather them together in small platoons. He said, “To convert people to Christ with no subsequent provision for their follow up and maturity is to beget children for the murderer.”

After North Korean communists invaded South Korea, kidnapping, killing and burning church buildings to the ground, Yonggi Cho determined he would build according to the New Testament pattern. If there was another invasion, his church could go on with “no break in the cadence” because they were built on relationship not simply Sunday services. His church became the largest in the world with 830,000 members.

My friend Steve Murrell has followed the same model in the Philippines where his Victory Church now gathers together over 90,000 committed Christians.

A Place to Belong

Edmund Burke, English “grandfather of modern conservatism,” and Alexis de Tocqueville, French author of Democracy in America, were 18th-century Christian observers of young America. They noted how virtue was instilled through family, church and voluntary associations. Burke said, “To be attached to the subdivision, to love the little platoon we belong to in society, is the first principle of public affection (love for others).”

This emphasis on community is opposite where leftist Democrats want to take us. Their focus is on the socialist state, controlling our lives by Big Brother/big government. Extinction of the nuclear family is the deliberate design of China’s Communist Party (as it also was in the Russian Revolution) and Black Lives Matter, who state dismantling nuclear families as a primary goal.

God’s will for His people was never for us to live in isolation or get comfortable in some type of “hot tub religion.” Persecution and pressures intensifying in our day are intended by God to drive us together into one another’s arms for maturity, encouragement and support.

Perilous times predicted for the end time are rapidly coming upon us. This season provides a tremendous opportunity for us to draw closer together and live out authentic New Testament Christianity amidst a world enveloped in contention, confusion, corruption and COVID fears.

I’m not trying to scare anyone, but ponder this scenario. Was it providential (not coincidental) that Dietrich Bonhoeffer in the early 1930s gathered weekly with a “circle” of Berlin university students to strengthen their faith, unaware of the horrible situation about to unfold with Hitler and his Democratic Socialist Party? In his biography, Eric Metaxas wrote, “He didn’t shrink from political commentary that somehow politics was not related to Christian faith.”

Just like a crumpled item of clothing requires pressure and heat from a hot iron to remove unattractive wrinkles, God is allowing a situation beyond our natural preference to accomplish His purpose, “that He might present to Himself a glorious church, not having spot, or wrinkle, or any such thing, but that it should be holy and without blemish” (Eph. 5:27).

God’s intention for His people in times of increasing darkness is to find our place in a church committed to New Testament principle and practice plus enjoy ongoing relational support in a smaller “company of the committed.” This isn’t optional; it’s essential to stand strong in the “evil day” (Eph. 6:10). Mere participation in an “In-N-Out Burger” Sunday service just won’t cut it anymore!

Participation in a relational platoon with like-minded individuals provides us with needed support we’ll find increasingly essential in the days ahead. Consider the following:

— The Inklings were a group of committed Christians at Oxford University with J.R. Tolkien, C.S. Lewis and Dorothy Sayers. This community group encouraged and sharpened each other in the challenging university culture of their day. They took seriously the exhortation and warning of Scripture, “And let us consider how to spur one another to love and to good works. Let us not forsake the assembling of ourselves together, as is the manner of some, but let us exhort one another, especially as you see the Day [His Second Coming] approaching” (Heb.10:24-25).

In time, out of their supportive fellowship, they wrote books to creatively change their world. Have you appreciated their fantasy fiction classics like The Hobbit, the Lord of the Rings trilogy or the Chronicles of Narnia?

— British parliamentarian William Wilberforce (featured in the film, Amazing Grace) had a “platoon” of supportive friends amidst fierce opposition in his day. They recognized demonic resistance to righteousness and identified with the goals of ending slavery and reforming the morals of their day.

Against all odds, this champion and his fellow Christian activists refused resignation and passivity and took seriously the Lord’s mandate to be “salt” in holding back societal decay. They eventually witnessed slavery abolished throughout the empire and inspired the abolitionist movement which Charles Finney and others emulated in America. Additionally, this “little platoon” launched 69 voluntary associations for the betterment of their culture like the Royal Society for the Prevention of Cruelty to Animals, prison reform and British and foreign Bible societies! So much for pastors and people not being engaged in politics!

— Founding Father Benjamin Franklin gathered together with friends in what they called the Junto Society (Spanish for “assemblies”) that met on Friday nights in homes and generated ideas for changing their world. A few of their minor accomplishments: the first public library; the concept of volunteer police and fire departments; a public hospital and the groundwork for The University of Pennsylvania!

When we planted our first church, I read The Master Plan of Evangelism by Robert Coleman. I caught the vision for investing myself in a little platoon of friends.

Weekly we would gather to share a meal and life together.

Looking back today, I recall that ragtag group of guys with fond memories. They have strong marriages and families. Many have impacted thousands by their lives and ministries.

Che leads a network of thousands of churches throughout the world and recently took the governor of California to the Supreme Court for violating religious freedom.

Tom is situated on the Mount of Olives, where his ministry trains leaders, hosts conferences and influences scores through his life and books.

Gary and Robin have faithfully served in pastoral ministry for over 40 years. Steve planted churches and served in apostolic ministry for a national network. Bill became a church administrator and remains one of my most trusted counselors; Chuck evangelized, counseled and served multitudes in follow-up ministry. Jim supported us and other ministries with his IT skills, and Rob is in marketplace ministry a few blocks from the White House.

Here’s the Deal: Biblical Christianity is not a meeting to attend but a life to be lived. We’re called to enjoy community with others in the context of a life-giving, local church and the intimate setting of a little platoon. Get ready to find your place in both during these challenging hours of history!

The post To Survive, Prosper in These Perilous Times … ‘Little Platoons’ Will Help appeared first on DailySurge.

In other news...
Pelosi Goes Off In Post Impeachment Acquittal Scree...
Marco Rubio Asks If Hillary Clinton Can Be Impeache...
The Alamo Called for Help 185 Years Ago Today.
Support the Student Empowerment Act, H.R. 605 and S...
Civil War Flashback: The Story of John Brown, Makin...
The National “Crisis” That Only Radical Left Democr...
Visit our Discussion Forum at Libertati.com. Follow us: