San Francisco school board pauses plan to rename 44 buildings after more woke figures, shifts focus to getting students back in class 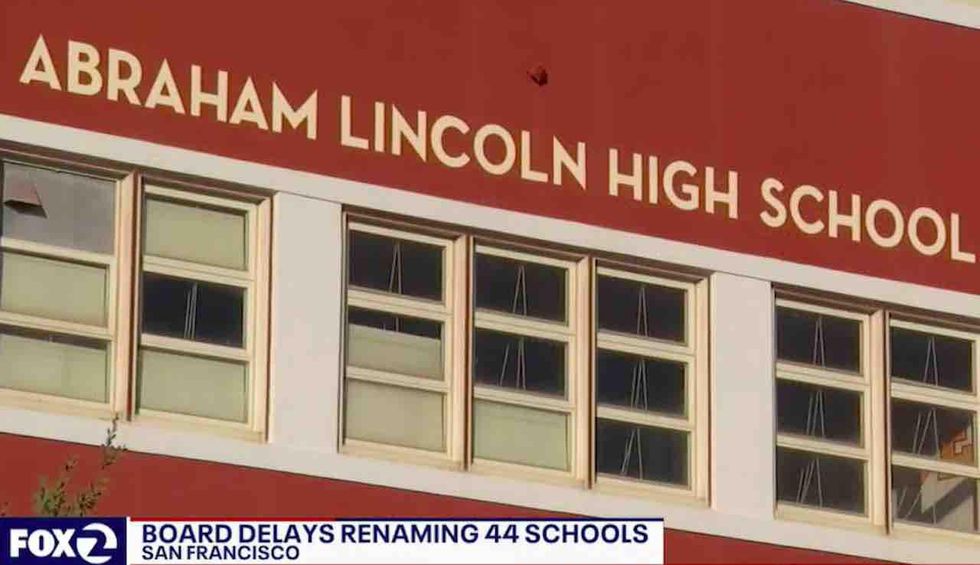 Remember that controversial plan from the San Francisco school board to rename 44 of its schools and buildings after more woke figures — i.e., those without accusations of racism or oppression on their permanent records?

Well, the school board has suddenly paused its renaming plan in favor of focusing instead on getting students back in classrooms, KTVU-TV reported.

Board president Gabriela Lopez tweeted the announcement Sunday, writing in part that “there have been many distracting debates as we’ve been working to reopen our schools. School renaming has been one of them. It was a process begun in 2018 with a timeline that didn’t anticipate a pandemic. I acknowledge and take responsibility that mistakes made in the renaming process.”

Lopez added in her statement that the board’s “only focus” will be getting in-person learning on track — and that all renaming efforts are on hold until students are back in the classroom.

A mountain of anger has been directed at the board — including a groundswell of support to recall Lopez and other board members — while students have been stuck in virtual learning over COVID-19 concerns for nearly a year.

What has been the reaction?

Matt Haney, city supervisor for District 6, said on Twitter the new direction is “absolutely the right thing to do. The focus has to be on reopening. Everything else should be paused and be done in close consultation with school communities,” KTVU said.

Seeyew Mo, executive director of Families for San Francisco, stated that the board must repeal its recent renaming resolution and that the entire community should be involved when the issue comes up again, the station added.

What else has been going on?

The city of San Francisco actually sued its school district to reopen recently. And there has been a record-high number of child suicides and suicide attempts as the school closures have continued.

Public health officials said reopening last September would be OK, but the district and teachers unions haven’t been able to reach an agreement on reopening. But the school board did manage to carve out space in its calendar to — believe it not — deny a gay parent from a committee appointment because he’s white.

Other recent topics of concern have included the assertion that acronyms in the school district lexicon are a “symptom of white supremacy” and that the inauguration photo of far-left U.S. Sen. Bernie Sanders in mittens embodies “white privilege, male privilege, and class privilege.”