Republicans Outraise Democrats Across the Board in January 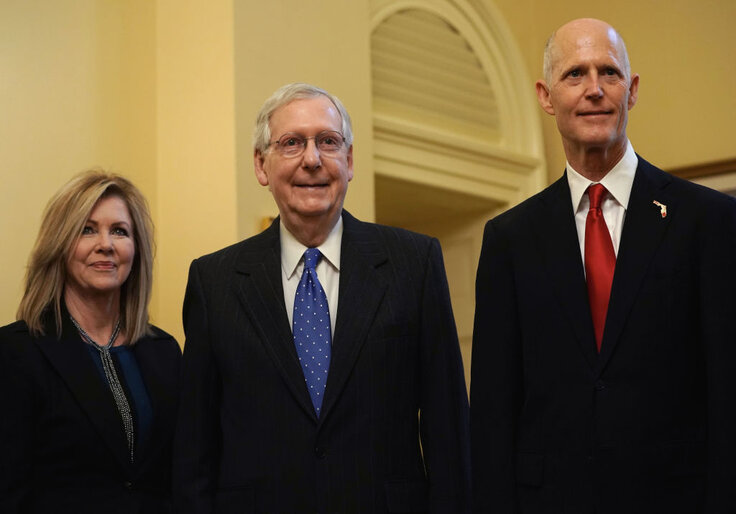 Republicans won a clean sweep of national fundraising battles in January, outpacing their Democratic counterparts across the board in their first month as the minority in Washington, D.C.

New financial disclosures show that the Republican National Committee, as well as the Republican campaign arms for the House and Senate, built a financial advantage over their Democratic rivals last month. The RNC led the way with a $16.3 million haul in January, roughly $3 million more than the $13.5 million raised by the DNC. The National Republican Senatorial Committee raised $8.3 million, compared to $6 million by the Democratic Senatorial Campaign Committee, and the National Republican Congressional Committee raised $7.5 million, about half a million more than the just shy of $7 million raised by the Democratic Congressional Campaign Committee.

The fundraising totals come with the two parties nearly deadlocked in Congress. The Senate is split evenly between the two parties, with Democrats carrying the majority because they also control the White House. In the House, Democrats hold a slim 10-seat majority after major Republican gains last cycle.

The post Republicans Outraise Democrats Across the Board in January appeared first on Washington Free Beacon.

In other news...
Serious Questions Raised After Kamala Harris Begins...
The End of Paper Money – the Digital Revolution
Enough! Disgraceful Media Lies That Just Keep On Gi...
Trudeau is Altering the Economy of Canada Denying t...
Jesse Lee Peterson Calls Out Al Sharpton
MBS: White House Makes False Claim That ‘US Does No...
Try a better search engine at DuckDuckGo.com. Visit our Discussion Forum at Libertati.com. Follow us: