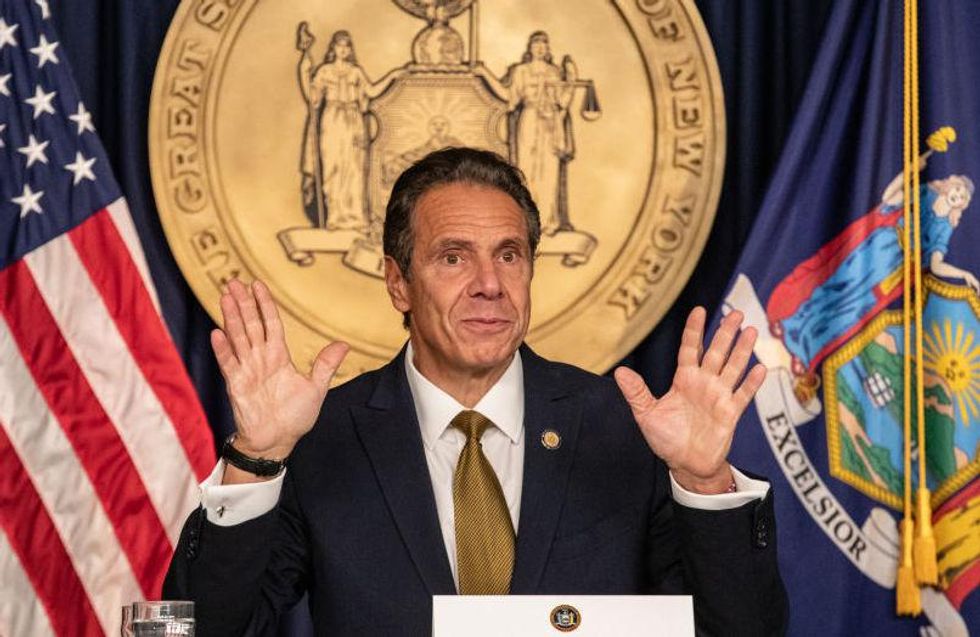 New York Democratic Gov. Andrew Cuomo — who is currently under investigation for underreporting coronavirus-related nursing home deaths in his state — lectured his critics on Monday by saying, “You can’t allow inaccurate information to go unanswered.”

The governor’s peculiar choice of words may raise eyebrows, given the fact that he is currently being probed by federal agents for essentially doing just that: allowing inaccurate information to go on unamended and unacknowledged.

For months — as allegations mounted against the governor suggesting that he was misrepresenting the death toll at nursing home facilities — he demurred, pointed fingers at his opponents, and downright rejected the claims.

“I want to set the record straight on nursing homes,” the governor said at the press conference Monday morning, during which he only went so far as acknowledging his office “created a void by not producing enough public information fast enough,” before lashing out at his political opponents.

Instead of taking responsibility for his implementation of a deadly policy that likely led to the deaths of thousands of elderly New Yorkers and for obscuring data to make the situation look less horrific, he blamed the “toxic political environment” in America for his newfound infamy.

“Conspiracy theories and politics and rumors fill[ed] the void,” Cuomo alleged, then adding: “You can’t allow inaccurate information to go unanswered. Twitter [and] bogus reports become a reality at one point.”

Last month, after reviewing data from the governor’s office and the state’s health department, New York state Democratic Attorney General Letitia James accused the governor of undercounting the number of coronavirus-related deaths at nursing homes in the state by as much as 50%.

James concluded the state was only counting deaths that occurred at actual nursing home facilities in its tabulation, rather than including deaths which occurred at hospitals after residents were transferred there to receive additional medical care.

That report set off a groundswell of criticism against the governor, including scrutiny from left-leaning media outlets that had previously celebrated his leadership bravado and supposedly awe-inspiring handling of the pandemic in months past.

Just over a week later, Cuomo’ secretary Melissa DeRosa appeared to acknowledge what many had already surmised to be true: that the governor’s office had intentionally obscured the death count to cover up the consequences of the administration’s fatal mistake. Early on in the pandemic, the Cuomo administration had implemented an ill-advised policy that forced nursing homes to accept coronavirus-infected patients discharged from the hospital.

Around the same time as DeRosa’s admission, a bombshell report by the Associated Press came out alleging that thousands more virus-infected patients were sent back to nursing homes than previously reported.