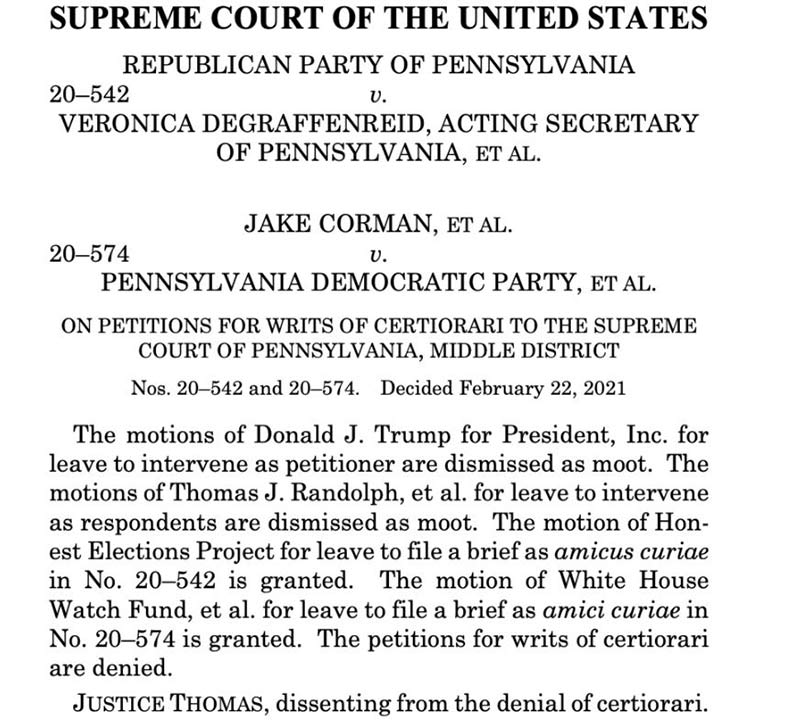 The Supreme Court has rejected the Trump campaign’s election lawsuit against the State of Pennsylvania, claiming that the lawsuit after the election is “moot.”

In comparison, the Supreme Court also rejected the Texas lawsuit months prior as having “no standing” prior to the election votes being counted by Congress.

Only three justices dissented in the Supreme Court decision: Thomas, Alito and Gorsuch, and of those three only Gorsuch was appointed by Trump.

Of course, that means Kavanaugh and Barrett rejected the suit, both of whom were Trump picks met with skepticism by conservatives.

In related news, the Supreme Court allowed the release of Trump’s federal tax returns to a New York state prosecutor who is trying to criminally target Trump.