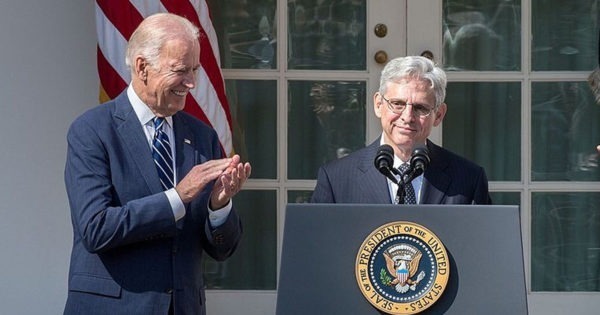 Merrick Garland, a longtime anti-Second Amendment radical who has been nominated for the position of Attorney General by President Joe Biden, indicated in his prepared remarks for Monday’s Senate Hearing that he will use the power of his office to enforce “respectful treatment of the press” once confirmed.

The policy of ensuring that the corporate media – which demonstrates overwhelming favoritism for Biden, Garland, and the Democrat Party – is never subjected to uncomfortable critique is cited by Garland as part of the “foundation for reaffirming the norms that will ensure the Department’s adherence to the Rule of Law.”

“Policies … that ensure respectful treatment of the press” are listed at the forefront of Garland’s planned policy changes at the Department of justice.

Garland also appears to believe that the Department of Justice was founded to “protect black voting rights” and pursue “equal justice” for “communities of color and other minorities.”

The prepared remarks also demonstrate a zeal for prosecuting “white supremacists” who “stormed the capitol on January 6,” despite little to no evidence indicating that white supremacists played a role in Jan. 6 Stop the Steal protests.

During the hearing, Garland defended black supremacist DOJ nominee Kristen Clarke, who once wrote that “greater mental, physical and spiritual abilities” in a fit of rage at the success of scientist Charles Murray’s highly respected book “The Bell Curve.”

Garland is a longtime anti-Second Amendment who has repeatedly shown little regard for the Constitution as it relates to gun rights.

Despite Garland’s apologism for – and open embrace of – left-wing extremist ideology, it remains unlikely that he will fail to be confirmed to office by the Senate, which sports a Democrat majority.