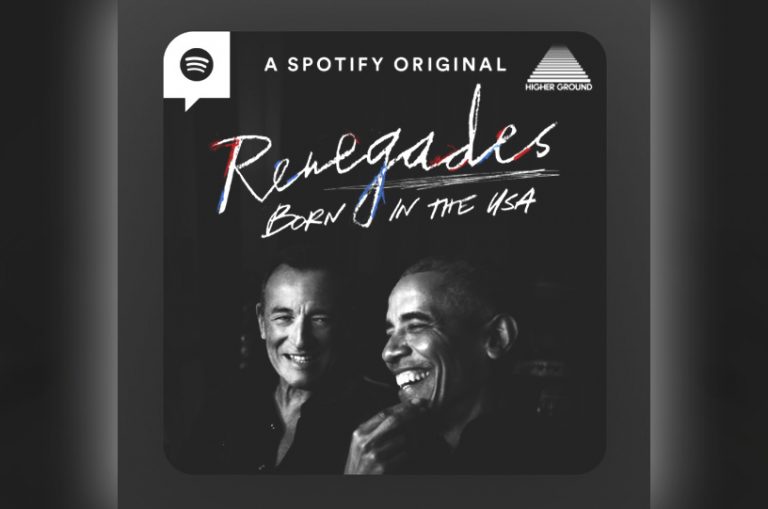 Less than eight months after Michelle Obama launched her successful podcast, her jealous husband, Barack, is once again horning in on his wife’s territory by launching a podcast of his own.

The former president announced Monday the launch of a new podcast series, Renegades: Born in the USA, featuring Bruce Springsteen, a New Jersey man who was recently arrested on drunk driving charges. Springsteen recently starred in a controversial Jeep commercial that aired during the Super Bowl but was pulled from the airwaves following the announcement of his arrest.

Like The Michelle Obama Podcast, which debuted in July 2020, the Obama-Springsteen venture is an exclusive arrangement between Spotify and Higher Ground Productions, the entertainment empire founded by the former First Couple. The first season of the eight-episode series will be sponsored by Comcast and the Dollar Shave Club.

Barack Obama has repeatedly exuded jealousy in response to his wife’s success in the entertainment industry. He was eager, for example, to sell more books than Michelle after her 2018 memoir became the best-selling memoir in history and repeatedly denigrated Michelle’s success by pointing out that “she had a ghostwriter.”

Barack also has a history of associating with drunk drivers. In 2018, for example, he reportedly counseled failed candidate Beto O’Rourke, who was arrested and charged with DWI after reportedly attempting to flee the scene of a wreck he caused. Obama also gave the eulogy at Ted Kennedy’s funeral in 2009.

Mothers Against Drunk Driving did not immediately respond to a request for comment.

In other news...
Online enthusiasts will remotely-control robotic ‘w...
Theatre of the Absurd: Amnesty Grants, Then Revoker...
Newslinks for Wednesday 24th February 2021
CHIP ROY: Why The So-Called Equality Act Is A Sham
14 Undocumented Migrants Apprehended During Brazen ...
United States: White farmers deprived of aid to red...
Try a better search engine at DuckDuckGo.com.