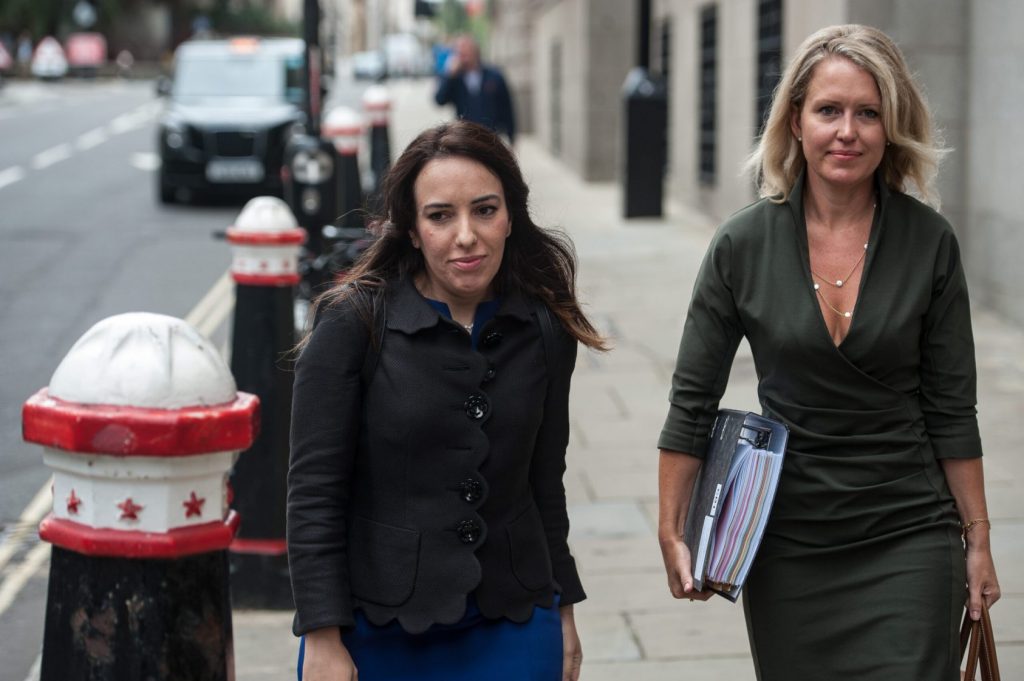 Lawyers for Julian Assange are considering cross-appealing January’s verdict in which District Judge Vanessa Baraitser halted his extradition to the United States, his partner Stella Moris said on Tuesday (February 16).

A spokesman for the U.S. Department of Justice confirmed last week that it will continue its attempts to overturn Baraitser’s ruling under a new Biden administration – the British magistrate had ruled that extradition would be incompatible with Section 91 of the U.K. Extradition Act of 2003 given Assange’s rapidly deteriorating mental health and his substantial risk of suicide.

In spite of the decision not to extradite on Section 91 grounds, Baraitser sided with prosecutors on behalf of the U.S. on every other point of law, including whether Assange’s charges constituted political offences and whether he is entitled to freedom of speech protections.

Now that prosecutors on behalf of the U.S. have filed their submissions to the British High Court last Friday (February 12), Assange’s lawyers have a chance to respond. This will include arguments on why Baraitser’s ruling under Section 91 should be maintained, but may go further to try and overturn the parts of the ruling that did not go in Assange’s favour.

Moris said: “Although Julian won at the Magistrates’ Court, the magistrate did not side with him on the wider public interest arguments.

“We wanted a U.K. court to properly quash the extradition and refute the other grounds too. We wanted a finding that the extradition is an attempt to criminalise journalism, not just in the U.S. but in the U.K. and the rest of the world as well; and that the decision to indict Julian was a political act, a violation of the treaty, a violation of his human rights and an abuse of process.

“Julian’s extradition team is considering all these issues, and whether they can be cross-appealed.”

Assange’s lawyers will no doubt be influenced by statements made by MP David Davis, the Conservative lawmaker for Haltemprice and Howden, in the House of Commons following the ruling.

Davis, who was the shadow Home Secretary when the U.K.-U.S. Extradition Treaty and the U.K. Extradition Act were introduced in 2003, said Baraitser had improperly interpreted Parliament’s intentions after the Act did not include protections for political offences as the Treaty had done.

On January 21, Davis said: “Although we cannot, of course, discuss the substance of the Assange judgment here today, the House must note the worrying development more generally in our extradition arrangements – extradition for political offences. This stems from an erroneous interpretation of Parliament’s intention in 2003. This must now be clarified.

“Article 4 of the U.K.-U.S. extradition treaty provides that extradition will not be granted for political offences. In the U.K., the treaty was implemented in the Extradition Act 2003. It has been claimed that, because the Act does not specifically refer to political offences, Parliament explicitly took the decision to remove the bar when passing the Act in 2003. That is not the case – Parliament had no such intention.

“Had it intended such a massive deviation from our centuries-long tradition of providing asylum, it would have been explicit.”

Davis added that when lawmakers raised concerns about extraditions in cases of political offences, Minister Bob Ainsworth responded: “The Bill will ensure that no one can be extradited where the request is politically motivated.”

Moris provided the updates on a crowdfunding appeal to cover Assange’s legal expenses for the forthcoming battle at the U.K. High Court. He will remain imprisoned at H.M.P. Belmarsh as an unconvicted remand prisoner until the appeals process is dealt with.

Lawyers for Julian Assange are considering cross-appealing January’s verdict in which District Judge Vanessa Baraitser halted his extradition to the United States, his partner Stella Moris said on Tuesday (February 16). A spokesman for the U.S.

Click this link for the original source of this article.
Author: Tareq Haddad