Time to Refocus: Future for Conservatives Can’t Only Be About Donald Trump 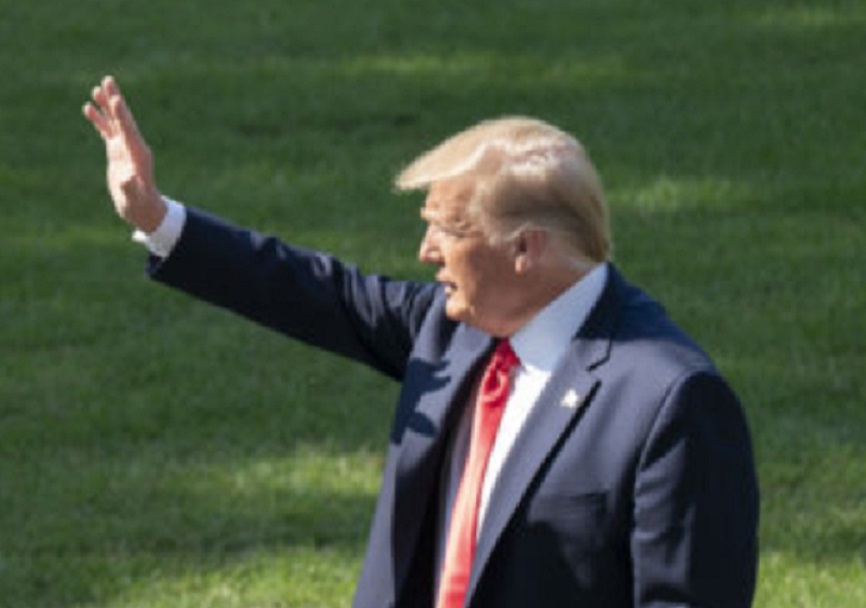 Surge Summary:  Whatever his political future might be, the conservative, Bible-believing church in America needs to return its focus – focus – on Jesus: serving Him, preaching Him, praying for and working for the spread of His Gospel. In many ways, the past five years have distracted American Christians from these priorities. That must end.

I don’t know what former President Trump’s future may hold or what his political aspirations may be. But I do know this: I will not be focused on his every move. I will not be looking to him to revamp the Republican Party or save America. And while it is possible he will do much good for both his party and the nation in the days ahead, I suggest that we take our focus off Donald Trump. It is time to move on.

Again, I’m neither discounting nor inviting another Trump run in 2024. Instead, my emphasis is on the word “focus.”

Trump has been at the center of many of our lives for the last 5 years, and not just politically.

He has been the subject of many a family discussion (not to mention divided quite a few families, too). He has filled our news feeds. He has dominated our social media pages. He has flooded our TV screens.

But elections are over. The impeachment trial has ended. Trump is not front and center in the news. Now is the perfect to move on. The spell of Trumpmania has been broken.

And, from a spiritual standpoint, a thousand times over, there is life – and ministry and calling and service and all kinds of fruitful activity – beyond Trump.

That’s why I tweeted, “I don’t know what former President Trump’s future political plans are, and it’s way too early to talk about 2024. But this much I can say for sure: the focus of my life is on the Second Coming of Christ, not the second coming of Trump. Only One has preeminence in my heart.”

To be clear, I do not claim to be a political pundit. My commentary on political issues is devoted to the intersection between politics, culture, morality, and spirituality.

Others can offer sage advice on what is best for the future of the Republican Party. Others can envision what role for Trump is best.

What I can say is that, from a spiritual perspective in particular, Trump has been a great distraction (and for that, I blame us, not him). Perhaps you’re recognizing that now?

In the past, as fellow-believers, we used to debate points of doctrine. Instead, for the last 5 years, we have debated Trump.

Our social media pages were once filled with scripture citations and inspirational quotes. For the last 5 years, they have been filled with stories about Trump and the latest political news.

And has any gospel issue held our attention and received our fervent prayers the way the last election did? Have we been as passionate about any ministry activity as we were about “Stop the Steal”?

Obviously, not everyone falls into these categories. I say “us” in a broad, generic way, not a comprehensive or exacting way.

But the fact is that many of us did, in fact, lose our focus. We got off track. We allowed secondary and tertiary issues, however important they may be, to become the primary issues.

Draining the swamp became more important than preaching the gospel.

Winning the election became more important than winning the lost.

To repeat: we lost our focus and we got off track. That’s why now is the time for a great reset for the Church of America.

Some are still wondering, “What will happen when the Supreme Court reviews some of the cases of electoral fraud? Will Trump then displace Biden? And what about all those prophecies? I still think there’s something to them.”

To those who share these sentiments, I say with all humility and respect: it really is time to move on.

There are other matters more worthy of your attention. And no, Trump will not displace Biden during his presidential tenure. That ship has long since sailed, and it is not coming back to harbor.

Whatever the reason might be, there is something unique about Donald Trump, and not only is he highly polarizing, he is highly attractive. He draws attention. He makes news. He himself is news.

In the past, people paid money just to put his name on their product. And if you’ve ever stayed at a Trump property, almost everything in your room has the Trump name on it – from towels to chocolates to slippers. It is all about Trump, all the time.

And that’s what has happened in many of our lives over these last 5 years.

Let’s have a major reset in our personal and corporate lives (spiritually speaking). Let’s step back and ask ourselves what our priorities should be.

Will Donald Trump have a political future? Will he continue to be an influential player in the years ahead? Time will tell. But that should not be where we put our focus right now.

Instead, there’s only Second Coming that should have our attention, and we should live in light of that Return – which means in the light of eternity – every single day, starting right now.

As Peter wrote, “But the day of the Lord will come like a thief. The heavens will disappear with a roar; the elements will be destroyed by fire, and the earth and everything done in it will be laid bare. Since everything will be destroyed in this way, what kind of people ought you to be? You ought to live holy and godly lives as you look forward to the day of God and speed its coming” (2 Peter 3:10-12a).

It is time we refocus.

The post Time to Refocus: Future for Conservatives Can’t Only Be About Donald Trump appeared first on DailySurge.