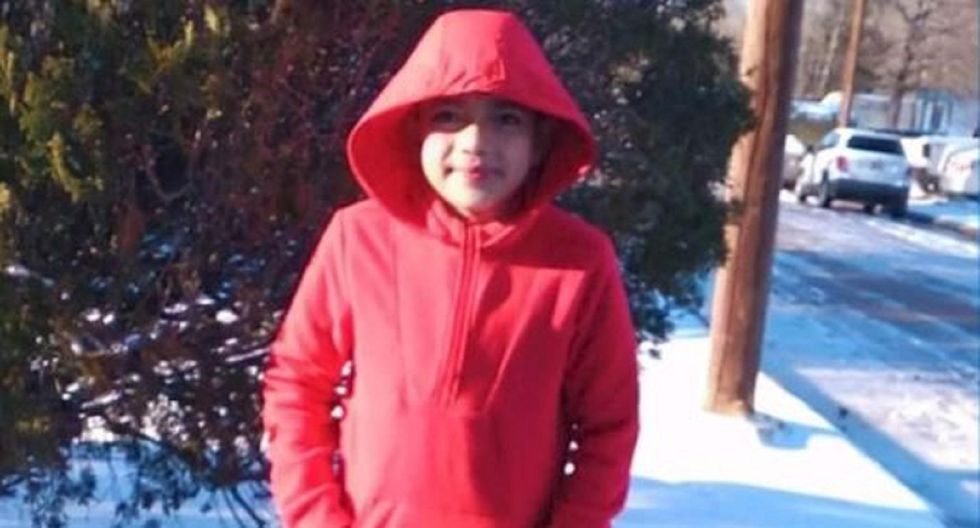 An 11-year-old boy went to bed Tuesday night in his family’s unheated mobile home in Conroe, Texas, and never woke up, becoming among the youngest people to date to pass away this week during the state’s devastating power grid failure amid winter storms.

Cristian’s mother, Maria Elisa Pineda, told KHOU-TV that the family’s power went out on Sunday, and from that point, they all slept in the same room to keep warm.

The boy played in the snow for the first time on Monday, after coming to the U.S. from Honduras in 2019 to be reunited with his mother. The family took video of him, and the picture above is from that day. Elisa Pineda said, “Everything was well. He was happy that day. He was not at all sick.”

When Cristian went to sleep on Tuesday, he was fully clothed in double layers, according to his mother, who said he was sharing a bed with his 3-year-old stepbrother. At around 2:00 a.m., the family says, the boy’s stepfather, Manuel Moreno, woke up and checked on the children, making sure they were both breathing and throwing an additional blanket over them as an extra precaution on the night that temperatures hit the single digits.

The next morning, the parents let Cristian stay in bed while they went to the store, saying that it was normal for him to sleep in. But when they returned in the afternoon, they found him lifeless. Moreno called 911 and the boy’s aunt rushed to perform CPR but when the fire department arrived, they were told it was too late.

The Houston Chronicle reported that an autopsy was conducted on Cristian, but the results are not expected for weeks. In the meantime, authorities believe that the child died of hypothermia. Conroe Police Department spokesman Sgt. Jeff Smith told the outlet, “By all other means, he was a normal, healthy child.”

Smith also noted that both Cristian’s mother and stepfather — who have been screened for drugs and submitted to blood tests — have been very cooperative.

According to The Washington Post, at least 30 people have died so far in Texas since Sunday, when the state’s widespread power outages and water cutoffs began due to the frigid cold.

Some have died of carbon monoxide poisoning after turning to their ovens or trucks to stay warm. Others, like a 75-year-old man in Crosby, Tex., whose oxygen machine stopped working after his home lost power, have been found dead of hypothermia inside their homes or cars.