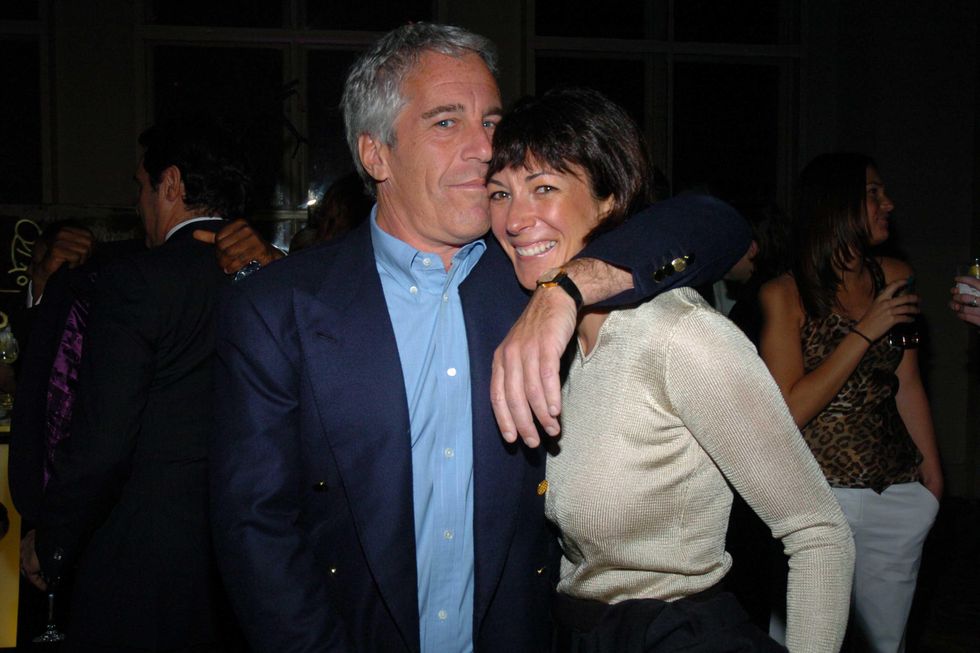 Ghislaine Maxwell reportedly would not divulge the whereabouts of tapes reported to feature former President Bill Clinton — because it might have hurt former secretary of state and failed presidential candidate Hillary Clinton’s 2016 bid for president, according to a new Daily Mail report.

Her charges are in connection with allegations that she helped procure underage victims for accused pedophile and sex trafficker, the late Jeffrey Epstein.

Maxwell has denied all charges. Her trial is scheduled to begin in July 2021, and she faces up to 35 years in prison if convicted.

On Friday, the Daily Mail reported on CBS producer Ira Rosen’s new book, “Ticking Clock: Behind the Scenes at 60 Minutes” and said Rosen’s book alleges that Maxwell refused to help locate tapes Epstein had recorded that included Bill Clinton but implied that they did exist.

The outlet reported, “The book sheds new light on reported claims that Epstein had secretly recorded his celebrity friends having sex with women and underage girls at his home — and then used the footage to blackmail them.”

“In his new book,” the Daily Wire reported, “former CBS producer Ira Rosen writes of speaking with Maxwell in 2016, saying he asked for footage of Donald Trump that Epstein might have shot, only to have Maxwell respond, ‘If you get the tapes on Trump, you have to do [Bill] Clinton.'”

Rosen, according to the outlet, said that during the meeting he said, “I want the tapes. I know [Epstein] was videotaping everyone and I want the tapes of Trump with the girls.”

Maxwell reportedly told Rosen, “I don’t know where they are,” prompting him to believe that she was confirming the existence of such tapes.

“[A]sk Epstein,” Rosen said he fired back, insisting that the “fate of the country is at stake.”

“Trump could be elected president and how would you feel if those tapes emerged after he was in office?” Rosen reportedly asked, according to his book.

“[Maxwell] gave me a stern look and pointed a finger in my face,” Rosen reported. “She said, ‘I am the daughter of a press baron. I know the way you people think. If you do one side, you must do the other. If you get the tapes on Trump, you have to do Clinton.'”

“Maxwell didn’t want Trump elected, but said that Hillary Clinton was comfortably ahead and there was no need for the story to come out,” Rosen added. “Besides, she said, Epstein never shared with her the location of the tapes.”

What did flight logs reveal?

According to the Daily Mail, previous flight logs revealed that Bill Clinton traveled on Epstein’s private jet at least 26 times, and in September, the Daily Beast reported that he reportedly took an “intimate dinner” with Maxwell and others as late as 2014 — well after damning allegations against Epstein were made public.

“Multiple sources with knowledge of the situation say [Clinton] aides had squabbled over Maxwell’s invitation beforehand due to her links to Epstein,” the report explained. “Even to this day, Clinton insiders continue to point fingers over who should be blamed for Maxwell’s addition to the event.”

The report added, “It’s unclear why Maxwell was reintroduced into Clinton’s circle.”

At least two of Epstein’s purported victims have previously claimed that they witnessed the existence of a room in his New York City mansion, which was filled with CCTV monitors featuring footage from around the home — including some reportedly taken from bathrooms.

Authorities arrested and jailed Maxwell in July 2020, and as early as December, a judge rejected a $28.5 million bail proposal for Maxwell, deeming her an extreme flight risk.