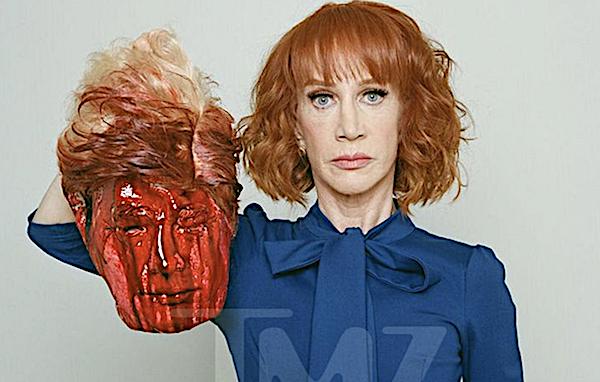 Two homes in Connecticut have made national headlines after neighbors became upset about “F**k Biden” flags hanging outside.

The profane message is tame compared to the anti-Trump hatred spewed 24/7 over the past four years.

And, who could forget this healing and unifying image.

Plymouth police Capt. Edward Benecchi explained why his department will not be taking action, saying, “We are unable to intercede as it would violate (the residents’) First Amendment right to free speech.”

When it comes to the neighborhood children seeing the vulgarity, he said, “It’s not anything they haven’t seen or heard before.”

“It’s the best $9 I ever spent on Amazon,” he added, “because it’s (ticking) people off and opening their eyes.”

Infowars was ahead of the curve once again, selling “F**k Biden” t-shirts in the style of a New York license plate.

In other news...
Russian emeralds from the Ural mountains for export
Jobless Claims Worse Than Expected At 861,000
Dem Gov Hopefuls Side With Union in Fight Over Virg...
TEXAGEDDON : WHO’s Really Behind it and WHY?
Fellow Democrats not buying Andrew Cuomo’s nursing ...
FDA May Approve Johnson & Johnson Vaccine for U...
Visit our Discussion Forum at Libertati.com.