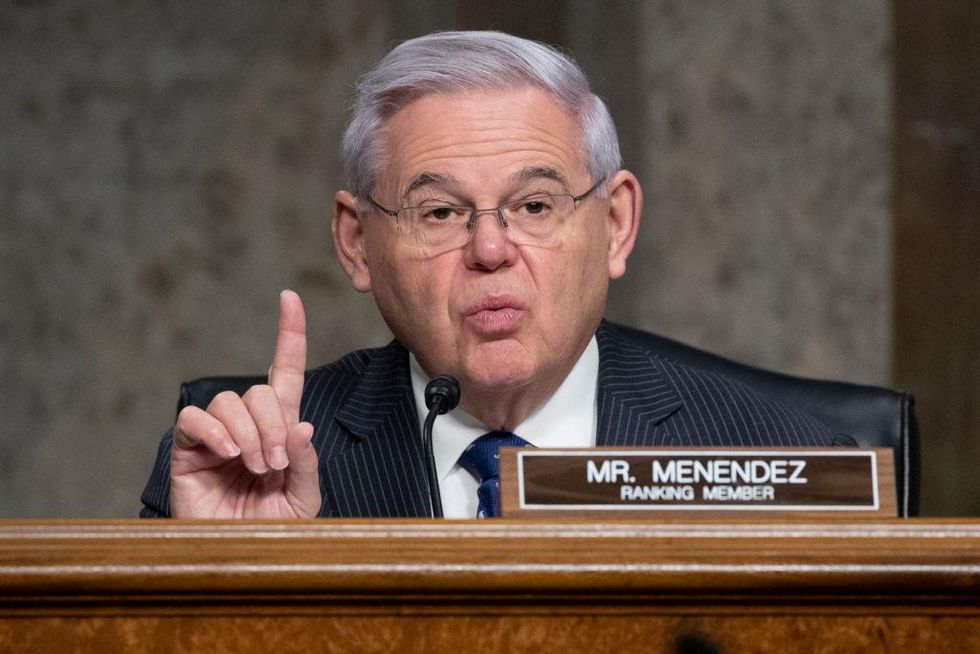 House and Senate Democrats on Thursday introduced comprehensive immigration reform legislation that would grant amnesty to millions of illegal immigrants and provide them with a path to U.S. citizenship. The bill, which contains a wish list of immigration priorities long campaigned for by the radical left, is unlikely to pass in the U.S. Senate, a fact the White House recognizes.

The 353-page bill, promised and supported by President Joe Biden, would create an eight-year path to citizenship for 11 million illegal immigrants, including so-called Dreamers and other classes of people from other countries currently living in the United States in violation of federal law.

The bill would also increase the number of legal immigrants, provide foreign aid to South and Central American countries, make it easier for refugees to claim asylum, change all instances of the word “alien” in federal law to “noncitizen,” increase spending on border infrastructure to process migrants, assign Social Security numbers and provide health insurance coverage under the Affordable Care Act to illegal aliens granted “lawful prospective immigrant” status, and much more.

The immigration bill text is out!

“We have an economic and moral imperative to pass big, bold and inclusive immigration reform that leaves no one behind, not our Dreamers and [Temporary Protective Status] holders, not our farm workers and meat packers, not our essential workers and not our parents, friends and neighbors,” bill sponsor Sen. Bob Menendez (D-N.J.) told reporters Thursday.

Notably, the bill contains no provisions to increase border security or tighten immigration law enforcement, policies Republicans demand of any immigration compromise legislation. Democrats are forthright about their unwillingness to compromise.

“We have compromised too much and capitulated too quickly to fringe voices who have refused to accept the humanity and contributions of immigrants to our country,” Menendez said.

“We know the path forward will demand negotiations with others. But we’re not going to make concessions out of the gate,” he also said. “We will never win an argument that we don’t have the courage to make.”

This legislation is seen as a statement of progressive principle, not a reform that has any chance of becoming law with the Senate tied 50-50. To overcome a filibuster, Democrats would need to muster support from three-fifths of the Senate, swaying at least 10 Republicans to their side, a task viewed as insurmountable.

The primary purpose of the bill is to provide amnesty to illegal aliens and make them full U.S. citizens. Aliens who qualify must have been physically present in the U.S. on or before Jan. 1, 2021, unless granted a waiver from the secretary of Homeland Security for humanitarian purposes.

Those who qualify to receive lawful prospective immigrant status would be allowed to obtain a work permit and may travel outside of the United States with the ability to reenter at will if they show documentation of their lawful status. After a period of five years they may apply for a green card, provided they pass a background check and pay all related taxes or fees. DACA recipients, migrants with Temporary Protected Status, and farmworkers will receive expedited preference to obtain green cards without waiting five years.

A lawful prospective immigrant who holds a green card for three years may then apply for U.S. citizenship if they pass additional background checks.

Several provisions of the bill are a direct rebuke to President Donald Trump’s immigration policies. The bill would severely curtail a president’s power to suspend or restrict a certain class of aliens from entering the United States for national security reasons, requiring the president to only be able to do so on the recommendation of the secretaries of state and Homeland Security and after notifying Congress with full report. Additionally, the bill creates a right for affected aliens to sue to block such an order.

Other policies would dramatically increase the number of aliens allowed to use family-based immigration provisions, make visas more widely available, and repeal restrictions that prevent aliens unlawfully present in the U.S. from reentering the country for a period of three to 10 years.

In terms of foreign aid, the bill would spend $4 billion over four years to encourage economic development and strengthen law enforcement and anti-corruption efforts in El Salvador, Guatemala, and Honduras. This policy is meant to improve conditions in those countries so people living there do not flee to the United States. It would also establish refugee processing centers in those countries to screen migrants applying for refugee status before they arrive at the U.S. and, if they are approved, help relocate them here.

The bill contains no provisions to increase border security favored by Republicans. There is no additional funding for the construction of a border wall. Instead, it would spend more on new technology to identify narcotics and contraband and authorize the secretary of Homeland Security to “develop and implement a strategy to manage and secure the southern border of the United States by deploying smart technology.”

Several Republicans have declared the Democrats’ bill dead on arrival, slamming it as a “nonstarter.”

President Biden’s immigration plan is a disaster. It does nothing to secure our borders, yet grants mass amnesty, w… https://t.co/qkfHaWG62l

To overcome expected Republican opposition, President Biden has floated attempting to pass amnesty legislation “piecemeal,” focusing on aspects of Democrats’ immigration priorities that are either most likely to get Republican support or could be passed under the budget reconciliation process to dodge a filibuster.

As the Center for Immigration Studies’ Mark Krikorian summarized for National Review:

The “piecemeal” amnesties would not be small. The pieces of the larger bill that Democrats are likely to push separately include the Dream Act (for illegal immigrants who came as minors), the Promise Act (for illegal immigrants granted “Temporary” Protected Status), and the Agricultural Workers Adjustment Act (“adjustment” meaning amnesty). Based on CBO and other estimates, these three “piecemeal” measures could amnesty some 3.5 million people, maybe more. That’s more than the 2.7 million amnestied by the notorious 1986 Immigration Reform and Control Act, which was supposed to solve the illegal immigration problem but whose broken promises instead have poisoned the debate.

Immigration activists are demanding that the Democratic majority in the Senate invoke the nuclear option and eliminate the legislative filibuster to pass the comprehensive bill. But Democratic Sens. Joe Manchin (D-W.Va.) and Kyrsten Sinema (D-Ariz.) have separately said they would not support an effort to kill the filibuster, which would squash any real chance of the Biden immigration bill becoming law.