Biden COVID adviser can’t explain why despite lockdowns, California’s virus numbers are the same as Florida’s 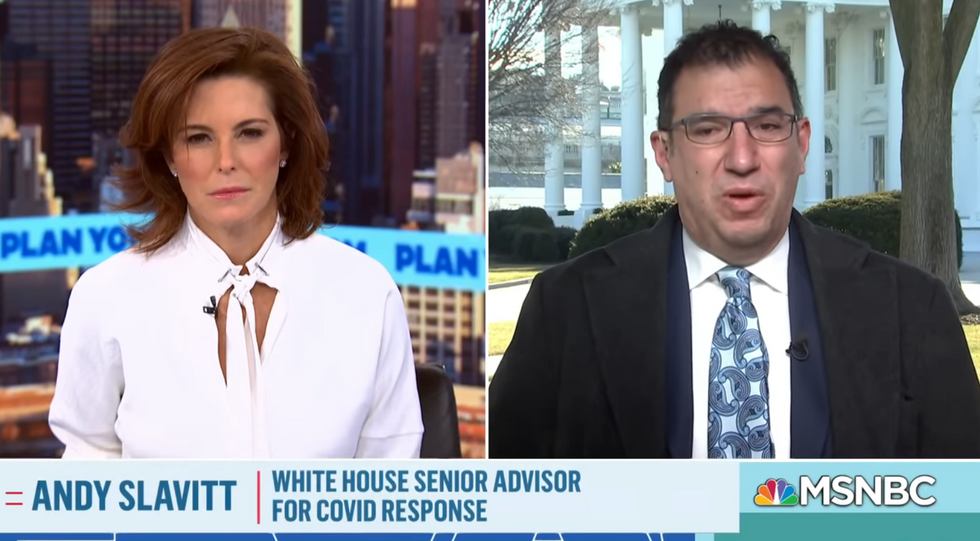 White House senior adviser for COVID response Andy Slavitt hard a hard time coming up with an answer this week when he was asked why California hasn’t fared better against the coronavirus than Florida, despite the Golden State’s lockdown policies.

“I want to start with what we just saw,” MSNBC host Stephanie Ruhle said at the outset of the Wednesday interview. “Contrast states like Florida and California. California [is] basically in a lockdown and their numbers aren’t that different from Florida.”

New numbers coming out of both states have suggested, to the surprise of many public health experts, that states with harsh lockdown policies have not been more successful at combating the virus than states that adopted more open approaches.

Then, without providing evidence, he claimed, “What we do know is that the more careful people are, the more they mask and social distance, and the quicker we vaccinate, the quicker it goes away and the less it spreads.”

“But, we have got to get better visibility into variants — we don’t know what role they play — umm, large events, etc.,” he continued.

“But as we all have learned by this time, this is a virus that continues to surprise us,” he added. “It’s very hard to predict. And all around the country, we’ve got to continue to do a better job, and I think we are, but we’re not done yet.”

The Biden administration, which is endorses restrictive lockdown measures, has targeted Florida in recent days, floating the idea of imposing a domestic travel ban on the state to mitigate the spread of more contagious virus variants.

The notion immediately drew ire from Republicans in the state of Florida, including Gov. Ron DeSantis and Sen. Marco Rubio.

“It is a huge contradiction and you can’t square wanting opening borders for illegal aliens, but then also restricting U.S. citizens from basically traveling around the country as they see fit and I think the American people see the hypocrisy in that,” he said.

Rubio wrote a letter to Biden slamming the idea as “an outrageous, authoritarian move that has no basis in law or science.”

“Instituting a travel ban, or any restriction of movement between the states, would be an outrageous, authoritarian move that has no basis in law or science. Instead, it would only serve to inflict severe and devastating economic pain on an already damaged economy,” the senator said in a statement.