Grief, Confusion, Anger? How Should We Respond to the Ravi Zacharias Scandal? (Part 2) 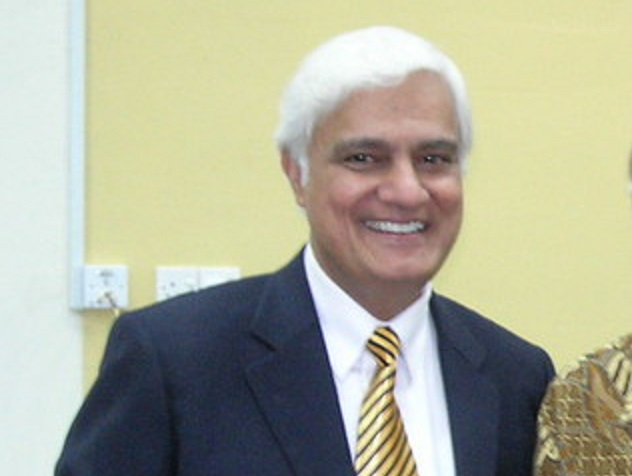 Surge Summary:  (Part 2) The exposure of serious sin issues in the life of renowned Christian apologist/preacher Ravi Zacharias is sending many believers reeling. What lessons can be drawn from this bewildering and painful situation?

3) Let God be true and every man a liar. What if you came to faith through Ravi’s ministry? What if you were greatly helped by one of his messages? What if he was your go-to guy during times of spiritual and intellectual crisis?

Obviously, right now, it would be very difficult for you to read one of his books or watch one of his videos, and for good reason. But that doesn’t mean that the words he spoke were false. And I imagine that as he wrote and spoke, he was quite sincere at those moments, genuinely wanting to help people find the truth. (Again, this is part of the deception of leading a double life.)

The fact is, an atheist can read the Bible out loud, and the words are just as true as if Paul or Peter were reading the words. In the same way, the man who delivers a package to your door can be a miserable husband and father, but that doesn’t change the contents of the package.

That’s why Paul wrote the words cited here, namely, let God be true and every man a liar (Romans 3:4). In that sense, only the Lord and His Word can have our absolute, total, and perfect trust.

It is because of that very grace that the Word gives us strong warnings against abusing grace, including these: “You, my brothers and sisters, were called to be free. But do not use your freedom to indulge the flesh; rather, serve one another humbly in love” (Galatians 5:13). And, “Live as free people, but do not use your freedom as a cover-up for evil; live as God’s slaves” (1 Peter 2:16).

That’s why Jude wrote, “For certain individuals whose condemnation was written about long ago have secretly slipped in among you. They are ungodly people, who pervert the grace of our God into a license for immorality and deny Jesus Christ our only Sovereign and Lord” (Jude 4).

God’s grace empowers us to holiness. Let us not use it as a cloak for immorality. Instead, as those who have been forgiven much, let us love much (see Luke 7:47). Let the Lord’s incredible mercy be an incentive to purity rather than an excuse for impurity.

5) The only reason we have this massive scandal is because of lack of accountability and double standards within the ministry. I do not write this to throw stones of accusation (more on that in a moment). I write this because RZIM leaders have confessed to this very thing, admitting that they allowed the father and founder of their ministry to operate with a different set of rules. Had simple accountability been practiced, had universal, common-sense standards been applied (such as, you don’t travel overseas with your personal, female masseuse), much of this, if not all of it, could have been avoided.

That being said, it’s clear that there were warning signs along the way – some of them very loud and obvious, specifically with the complaint from the couple in Canada whom RZIM instead defamed – and had attention been given to these warnings, the situation could have been nipped in the bud.

The truth is that any of us can get beaten down and weakened in the course of our lives and ministries. That’s when we need to reach out for help, as well as welcome those who sense that something is wrong and ask us difficult questions.

Those of us who have spouses who seem to have a sixth, detective sense should welcome that too. Better to be uncomfortable in the here and now than to be lost forever.

Godly accountability – in our homes, in the church, in the workplace – is a lifesaver.

6) This is not the time to throw stones; it is time to search our own hearts. RZIM is already taking massive hits, and branches of the ministry worldwide are separating or being renamed. There’s no need for us to hurl our own self-righteous stones of accusation at this moment, despite the ministry’s past failures in confronting these issues. They are making full confession now, and they acted rightly by calling for a full-scale investigation.

But I, for one, have no desire to pick up a stone of accusation, since on my very best, holiest day, I am still a wretch in the light of God’s blazing holiness. What about you? Are you sure you want to pick up a stone?

Maybe we never did what Ravi did, but have we fallen short in other ways? Have we violated God’s purity? Have we given place to unholy thoughts? Have we ever crossed dangerous lines, even a little? Have you? Have I?

I suggest you put your stones down and, instead, ask some serious questions. Is there hypocrisy in your own life? Do you have secret, besetting sins? Are you leading a double life yourself? These are the questions I ask myself as well.

To every ministry colleague, I urge you today: If you are struggling with sin in your life, go and get help. Better to humble yourself in private today then to be exposed in public tomorrow.

The fact is that all of us fall short in one way or another. None of us can point a sin-free finger at others without accusing ourselves in the process.

So, get low and get help now rather than wait until the problem explodes.

I truly believe that if we do this quickly and from the heart, God will spare us public shame and reproach. After all, love covers a multitude of sins, and the Lord is jealous for the reputation of His Son.

But if we persist in sin and disobedience, refusing to repent and humble ourselves, the results will be disastrous. As Proverbs 28:13 says, “Whoever conceals his transgressions will not prosper, but he who confesses and forsakes them will obtain mercy.” And this, in Proverbs 29:1: “He who is often reproved, yet stiffens his neck, will suddenly be broken beyond healing.”

All that being said, we can only imagine how devastating this is for Ravi’s family, none of whom can ask questions now or talk with him face to face. Let’s remember to pray for them as well.

The post Grief, Confusion, Anger? How Should We Respond to the Ravi Zacharias Scandal? (Part 2) appeared first on DailySurge.

In other news...
Report: Pregnant Doctor Suffers Miscarriage After R...
The Motive and the Opportunity
Oshkosh Hits 10,000 JLTVs
Trump Reacts To Biden Vaccine Claims
Video: Tucker Takes A Deeper Look At Mysteries Behi...
A Library for Redpilling: Volume 4
Visit our Discussion Forum at Libertati.com. Follow us: