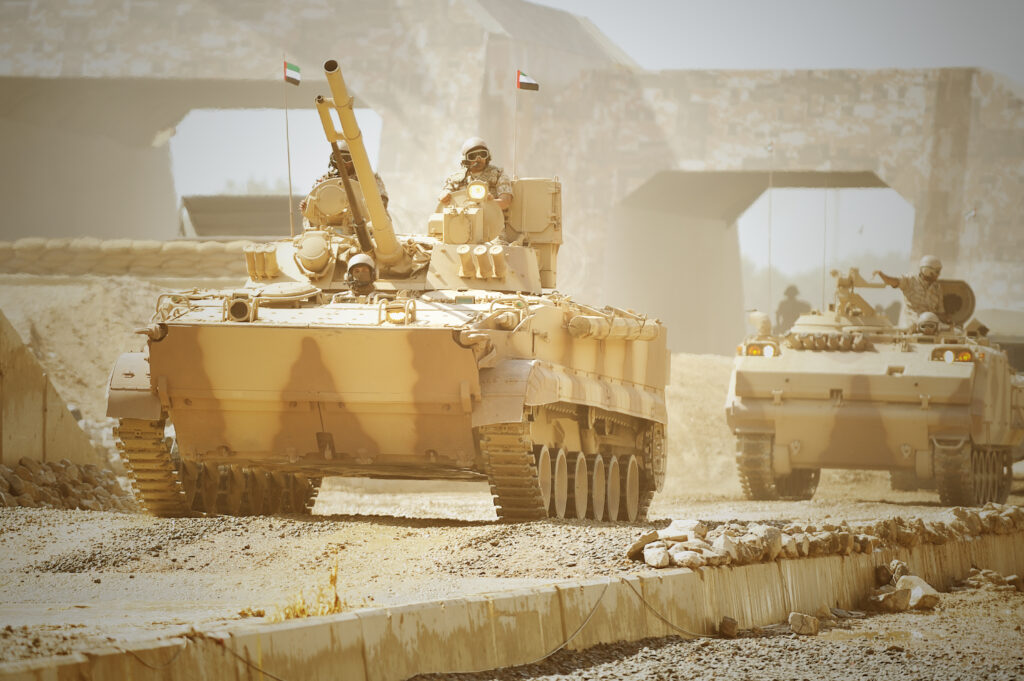 Dubai – As the United Arab Emirates (UAE) enhances the situational awareness capabilities of its army, other Arab Gulf States are also seeking to provide their land forces with state-of-the-art systems to keep their troops well informed of their operating environment and increase their lethality on the battlefield.

Acquiring information in real time in a changing battlefield during intense operations is an extremely tough challenge, but of essential importance to field commanders when engaging an enemy in rugged mountainous terrain or in mobile operations in a vast desert. This is something troops from the UAE, Bahrain and Saudi Arabia experienced firsthand in their Yemen operations.

Saudi Arabia has since 2015 been leading an Arab Coalition in a military campaign to restore the internationally-recognized Yemeni government to power after it was deposed by the Iranian-backed Houthi militias in Yemen.

“Establishing situational awareness on the battlefield is one of the most crucial tasks in modern warfare, where there are different terrains and the nature of the threats vary between conventional and asymmetrical,” said Mohammed al Kenany, military researcher and defense analyst at the Arab Forum for Political Analysis in Cairo.

“Achieving situational awareness enables the army formations, on platoon, battalion, and brigade levels, to follow up developments on the battlefield in real-time or near real-time, which allows for quick decisions by commanders to deal with rising situations and request fire support when needed to maintain constant tactical advantage,” Kenany added.

The UAE launched a program in 2017 aimed at digitizing the United Arab Emirates Armed Forces command and control system. It awarded L3Harris a contract worth $189-million to provide an integrated battle management system, which the UAE has called the Emirates Land Tactical System (ELTS).

The ELTS initial operational capability aimed at fielding a brigade headquarters and subordinate units with a battle management system that can enable commanders and users to track friendly forces, connect to sensors, acquire data from the field and provide network-centric communications. 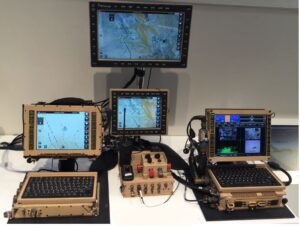 At the core of the ELTS is the Data Distribution Unit (DDU), built by Leonardo DRS. The DDU enables sensors, data, video applications, communication devices and vehicle services to be integrated, subsequently providing the user with an advanced mobile Command, Control, Computer, Communication and Intelligence (C4I) capability.

“The DDU can interface several tactical radios, which could be supplied by different vendors, and can provide a common operating picture that includes receiving real-time images from drones and other sensors in the field, and can track friendly forces,” said Al Mosher, Senior Director, International Strategy at Leonardo DRS Land Electronics.

“The DDU small size enables it to be fitted on to command vehicle and regular tactical vehicles, and uses touch screen technology to operate,” added Mosher. “The DDU has been procured by the military in the United States, Britain and Australia, and its ability to integrate systems from different origins allowed it to be operated by multinational forces as is the case with NATO units using it in Afghanistan.”

A Foundation for GCC Battle Management

In September 2020 the Bahrain Defense Forces signed a contract with L3Harris to enhance battlefield management, and according to industry sources it will include the DDU provided by Leonardo DRS. After UAE and Bahrain, it’s reported that Kuwait and Saudi Arabia are now also seriously considering upgrading their battle management systems.

Mosher pointed out that the company has opened shop in Abu Dhabi to assemble and integrate the DDU and other equipment, which will give Leonardo DRS a strong advantage in being very close to its clients.

Mosher said that the company was in talks with the UAE military to enable the DDU to provide target handoff capability, by linking it up to the Raytheon’s Boomerang shooter detection system.

“Operating advanced battle management systems are of great importance to Arab Gulf States to enhance the efficiency of their land forces,” said Kenany. “A system like the DDU is highly effective and will enable the user to perform many functions and ensure situational awareness at all times to the various friendly units linked up together on the battlefield.”