HE’S BACK: Trump Will Be Interviewed By Fox News, OANN, And Newsmax TV Tonight 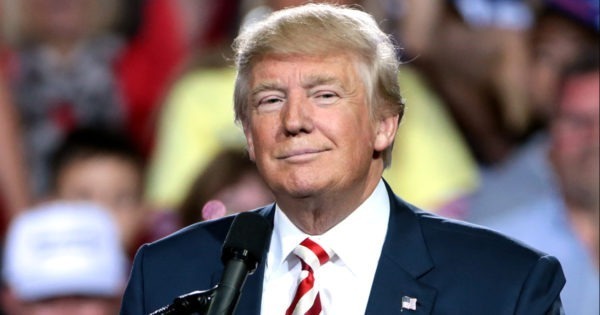 After breaking his uncharacteristic post-presidency silence, President Donald Trump is now expected to appear on Fox News, OANN, and Newsmax TV tonight, following his appearance on Fox News, when he paid tribute to talk radio pioneer and legend Rush Limbaugh.

Trump is expected to do interviews with Fox, OAN and Newsmax this evening, per spokesman.

Newsmax TV revealed that he will join Greg Kelly, one of the top Trump allies on the network, at 7 p.m. ET tonight “to discuss the passing of Rush Limbaugh and beyond.”

: 45th President of the United States Donald Trump joins Greg Kelly Reports to discuss the passing of Rush Limbaugh and beyond.

When asked about how he felt Limbaugh supported or did not support his America First agenda, President Trump instead spoke to the character and intellect of the passed radio pioneer.

“Rush is irreplaceable, unique, and he had an audience that was massive, and you know he could do something, he would get up in the show, and would just talk,” said President Trump. “He wouldn’t take phone calls, where everybody would call in every two minutes, and that’s sort of easy to do. He would just talk for two hours, three hours, just talk. And that’s not an easy thing to do. I once asked him, do you study for the show? And he said, actually I study very hard, which a little bit surprised me.”

“He was a fantastic man, a fantastic talent, and people, whether they loved him or not, they respected him. They really did.”

JUST IN – Former President Trump reacts to the death of Rush Limbaugh.pic.twitter.com/VVk3LdJf4v

President Trump also released a written statement on the passing of Limbaugh this afternoon.

In other news...
Chasing the Zionist Dream, One Settlement At a Time
VIDEO: Kevin McCarthy Dodges When Asked Who Will Le...
Trump On Potential 2024 Run: ‘I Won’t Say Yet, But ...
European Extremists Increasingly ‘Choosing’ Antisem...
Mother shoves woman into the path of a bus, calls h...
BREAKING: Lindsey Graham Joins Romney, Collins, Mur...
Visit our Discussion Forum at Libertati.com. Follow us: