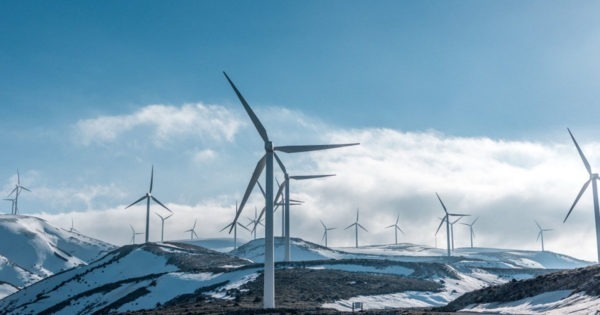 Unprecedented temperature plunges across the U.S. in this week have dealt a a severe blow to the power grid in Texas, which derives a significant portion of its power from green energy wind turbines. The state is now suffering a rotating series of power outages as electric service providers struggle to deal with the weather crisis.

Historically low temperatures have iced over wind turbines across Texas, which do not have any systems capable of keeping them running through cold weather.

“This is a unique winter storm that’s more widespread with lots of moisture in West Texas, where there’s a lot of times not a lot of moisture,” Senior Director of System Operations for the Electric Reliability Council of Texas Dan Woodfin noted, adding, “It’s certainly more than what we would typically assume.”

As of 3:24AM there are now 1,408,377 customers without electricity in Texas. Rotating blackouts may continue for a while unless additional power generating capacity if found or energy use decreases. Most ‘spare’ capacity was eliminated because many wind turbines are frozen…

“As of 3:24AM there are now 1,408,377 customers without electricity in Texas. Rotating blackouts may continue for a while unless additional power generating capacity if found or energy use decreases. Most ‘spare’ capacity was eliminated because many wind turbines are frozen…” Texas Storm Chasers reported on Twitter.

The Austin American-Statesman reports that roughly half of Texas’ wind turbines are out of commission:

Nearly half of Texas’ installed wind power generation capacity has been offline because of frozen wind turbines in West Texas, according to Texas grid operators.

Wind farms across the state generate up to a combined 25,100 megawatts of energy. But unusually moist winter conditions in West Texas brought on by the weekend’s freezing rain and historically low temperatures have iced many of those wind turbines to a halt.

The recent cold front has left many climate experts grappling with the challenge of explaining how the temperature plunges are related to global warming.