After Bostock, Courts Chip Away at Single-Sex Spaces in Schools 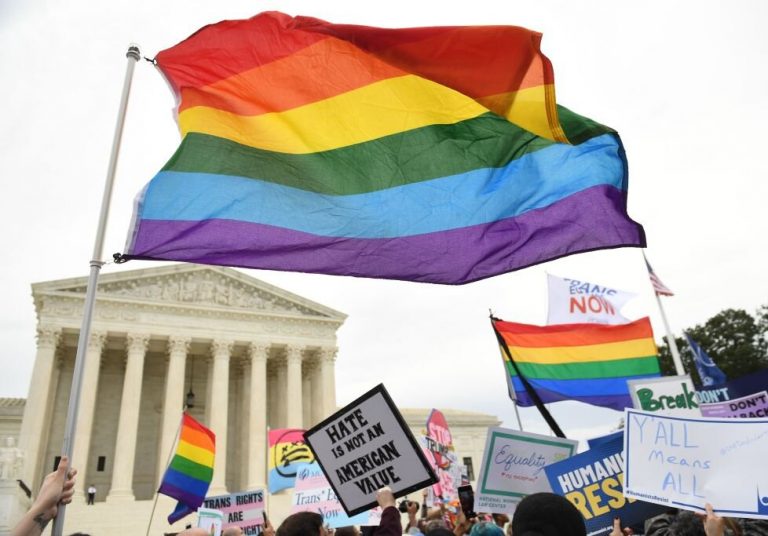 Recent Stories in The Courts

The decisions suggest a rapid acceleration of cultural disputes over sex, privacy, and equality in schools. With the force of federal courts increasingly behind transgender students, and Democratic presidential nominee Joe Biden promising a trans-friendly educational directive on his first day in office, LGBT activists and plaintiffs are accomplishing wide-ranging if little-noticed victories that could permanently alter the character of public schools.

In dissent, Justice Samuel Alito warned that over 100 federal statutes similarly ban discrimination “because of sex.” One of those statutes is Title IX, which prohibits sex discrimination in schools. The Court’s logic in Bostock would doubtless apply to a Title IX lawsuit featuring trans students and bathrooms segregated by biological sex, Alito predicted.

“The Court provides no clue why a transgender person’s claim to such bathroom or locker room access might not succeed” under Title IX, the justice wrote.

At the time, several such lawsuits were already underway. In Virginia, a recently graduated high school student named Gavin Grimm had been fighting a Gloucester County school board directive on bathroom access for five years. The board’s policy required students with “gender identity issues” to use either separate bathrooms—like those in a school nurse’s office—or the bathrooms corresponding to their biological sex. Grimm, a transgender male, preferred to use the men’s restroom and had done so before the board’s policy took effect.

Grimm sued the school board in 2015 under Title IX and the Constitution. A three-judge panel of the Fourth U.S. Circuit Court of Appeals ruled against the board on Aug. 26.

“After the Supreme Court’s recent decision in Bostock v. Clayton County, we have little difficulty holding that a bathroom policy precluding Grimm from using the boys’ restrooms discriminated against him ‘on the basis of sex,'” Judge Henry Floyd wrote.

In a short rhetorical flourish at the end of the decision, Floyd placed the case in a line of disputes beginning with Dred Scott v. Sandford, the 1857 Supreme Court ruling that denied citizenship to African Americans.

Just three weeks earlier on Aug. 7, the 11th U.S. Circuit Court of Appeals ruled in favor of Drew Adams, a trans male student in Florida. As in the Grimm case, administrators asked Adams to use either the ladies’ room or a gender-neutral bathroom in the school office. Adams sued.

A federal judge in Idaho likewise cited Bostock when he put on hold a state law—the Fairness in Women’s Sports Act—that restricts women’s athletic leagues to biological females. The Trump administration filed a brief supporting the law, arguing that the Constitution lets Idaho account for the “average physiological differences between the biological sexes.” U.S. District Judge David Nye said the government’s position is “of questionable validity” in light of Bostock.

Nonetheless, the government has continued to advance a narrow view of the decision. In an Aug. 31 letter, the Education Department’s Office for Civil Rights said Bostock isn’t relevant to an ongoing dispute over the Connecticut Interscholastic Athletic Conference’s decision to let certain biological males participate in women’s sports on account of their gender identity. The Alliance Defending Freedom, a conservative cause lawyering group, is challenging Connecticut’s practices in court and asked OCR to investigate.

“The U.S. Supreme Court’s recent decision concerning a completely separate law cannot be manipulated to mean that girls should be reduced to spectators in their own sports,” ADF lawyer Christiana Holcomb said in a statement following the release of the Education Department’s letter.

The ADF says the results of Connecticut’s policy make that point plain. After the conference let biological males compete with women in 2016, two trans track and field competitors won 15 statewide titles that were previously shared among nine athletes and displaced dozens of others from positions in postseason heats.

“It is starkly contrary to the terms, spirit, and goals of Title IX to tolerate a policy which … deprives a girl of an opportunity to participate in elite competition which she has rightfully earned,” the complaint reads.

The post After Bostock, Courts Chip Away at Single-Sex Spaces in Schools appeared first on Washington Free Beacon.