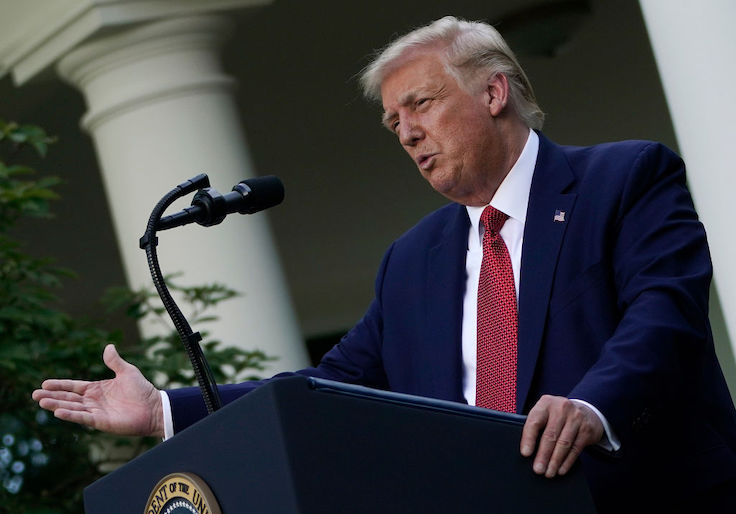 A CNN reporter said Monday that President Donald Trump’s potential decision to accept the Republican nomination at the Gettysburg, Pa., Civil War battlefield would be “controversial” because he has defended Confederate monuments.

“That could be controversial, too, particularly because this is a president who has consistently positioned himself as a defender of Confederate symbols and monuments to Confederate generals,” reporter Jeremy Diamond said.

The Battle of Gettysburg, fought from July 1 to July 3, 1863, was a catastrophic defeat for the Confederacy and a turning point in the Civil War. It is one of the most revered historic sites in the United States, both for the battle and President Abraham Lincoln’s Gettysburg Address honoring the sacrifice of Union soldiers to preserve the republic.

Diamond tweeted back at NewsBusters editor Curtis Houck, who flagged the clip, that he did not suggest Trump chose the spot because of any affinity for the Confederacy. Trump has fought for people’s right to fly Confederate flags, calling it a “free speech” issue, and called for monuments and bases in honor of Confederate generals to stay up and keep their names. NASCAR banned the flag at events in June, calling it a symbol of racism.

Trump tweeted Monday that he had narrowed the location of his acceptance speech down to the Gettysburg battlefield and the White House. Critics have said the latter option would be an unprecedented politicization of the president’s home.

The post CNN Reporter: ‘Controversial’ for Trump to Speak at Gettysburg Because He Defended Confederate Monuments appeared first on Washington Free Beacon.