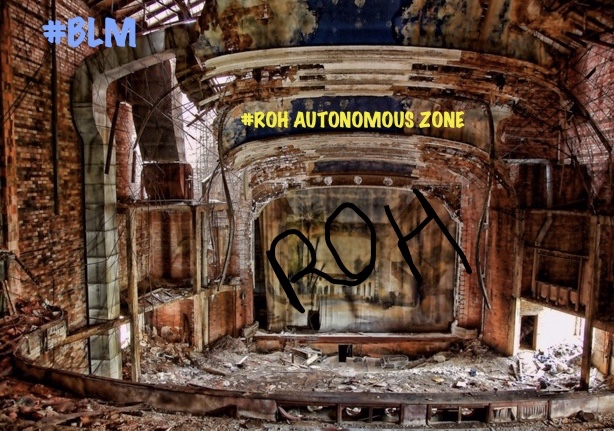 “The best lack all conviction, while the worst

Cancel culture has become a competitive sport and a lucrative business. BLM and the SJWs are running a money-making scam preying on institutions and government funding bodies to promote their political cause. Nowhere is this more prevalent than in academia and the arts.

Until recently, classical music was a space almost untouched by the social justice warrior hysteria of the radical left.  Things have changed, and at speed during the opportunity of lockdowns. The Royal Opera House Covent Garden, English National Opera, Juilliard, and Manhattan School of Music are but a few of the latest victims added to the list of BLM’s conquests and their social engineering agenda.

In the arts world this activism is rife, and Arts Council England (ACE) are rebranding under the boot of BLM and the neoliberal globalist left of Soros, the ‘open society’ and identity politics. #Black Lives Matter continues to tag many websites in our artistic and corporate institutions, turning them into free advertising space for a political movement.  Art is being weaponised and politicised at the behest of public funding bodies, unions and the liberal left establishment. The language of Critical Race Theory is rolled out in-house as re-education and behavioural modification programs. Oliver Dowden, Arts Minister, seems to be totally unaware of the woke marxist takeover on his watch. This is the new 10 year strategy of ACE:

“Relevance is becoming the new litmus test. It will no longer be enough to produce high quality work… You will need to be able to demonstrate that you are also facing all of your stakeholders and communities in ways that they value.” –  deputy director Simon Mellor

A message to Simon Mellor.  It is ‘enough’ to produce high quality work. Relevance should be decided by the audience and the innovators, not on an equal opportunities form or an inclusion survey undertaken by a government body. Excellence is the reason an audience pays for tickets, it is why there are private sponsors and justification for public subsidy.  Relevance, and therefore funding, cannot be reduced to an algorithm of politically correct data decided by Mr Mellor and his team of managers. It seems Mellor is hoping to attract foot soldiers for the radical left establishment to police the arts, to kill spontaneity and free-speech.  Theatre and music are becoming  places of intolerance and indoctrination, the individual is being crushed and replaced by the tyranny of the collective.

“We stand with our sisters and brothers in the US, UK and throughout the world who are speaking out against inequality, injustice and racism following the murder of George Floyd.

We recognise that structural racism and white privilege are realities in this country {UK}.

We will continue to fight for fair representation and portrayal for black and minority ethnic people across our industries.

When asked why BLM was being promoted on the unions website the assistant to Christine Payne responded:

“As a cisgender white male……”.

This is pure Frankfurt School, and tells you all you need to know about the training, agenda and direction of Equity and how it intends to bring its staff and members into line. Identity politics has replaced discourse, it is killing free speech and creativity.

We are in the realms of postmodern Critical Race Theory, where racism is a permanent state to be managed within political, economic and social structures. It is a negative, hopeless, and hopelessly destructive theory based on identity politics, division by race and gender and unending struggle. Children are encouraged to divide into ethnic categories,  white males shamed and white females told to be quiet, whilst the oppressed are mobilised and weaponised. This is public shaming by race, it is racism masquerading as anti-racism.

Visit the USSA News store!
Click this link for the original source of this article.
Author: M.A. Richardson

This content is courtesy of, and owned and copyrighted by, https://theduran.com and its author. This content is made available by use of the public RSS feed offered by the host site and is used for educational purposes only. If you are the author or represent the host site and would like this content removed now and in the future, please contact USSANews.com using the email address in the Contact page found in the website menu. The owner of this website may be paid to recommend American Bullion. The content of this website, including the positive review of American Bullion, the negative review of its competitors, and any other information may not be independent or neutral.

In other news...
Biden VP Top Contender At Communist Leader’s Fu...
Nolte: Brian Stelter Is Gaslighting You About C...
Lithuania to build new barracks for Americans
U.S. Takes Final Shot at Extending Iran Arms Em...
At Newsweek: New York Abuses the Legal System t...
If The "Market" Never Goes Down, The System Is ...