Journalist Katie Daviscourt
caught some eye-opening moments as left-wing Antifa militants gathered in a Seattle intersection Sunday presumably in the hopes of starting a confrontation with police.

But as it turns out, the throng pushing the marxist Black Lives Matter movement upon America got some painful pushback — courtesy of two black men who clearly have had enough.

One black man began kicking down a pitiful barricade spanning the width of the street that rioters created out of trash containers and miscellaneous pieces of garbage — and told them all exactly what he thinks about their movement.

Right on cue, what appeared to be three white people rushed toward the black man messing with their trash right in front of them. One woman was particularly angry, ordering the black man to “get back!” and “get out of here!” 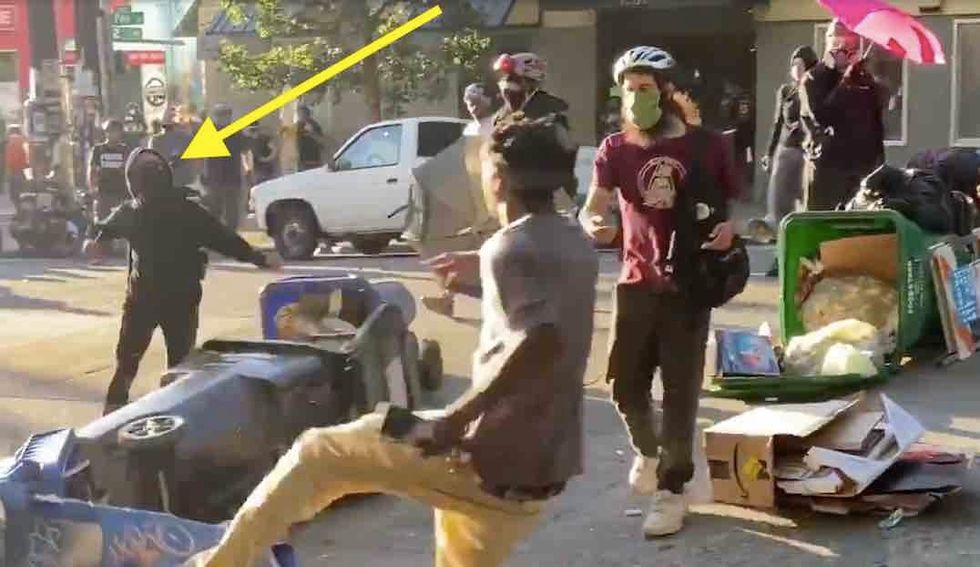 A couple of other BLM activists who appeared to be black stepped in to try to calm things down — but the guy was only getting started. 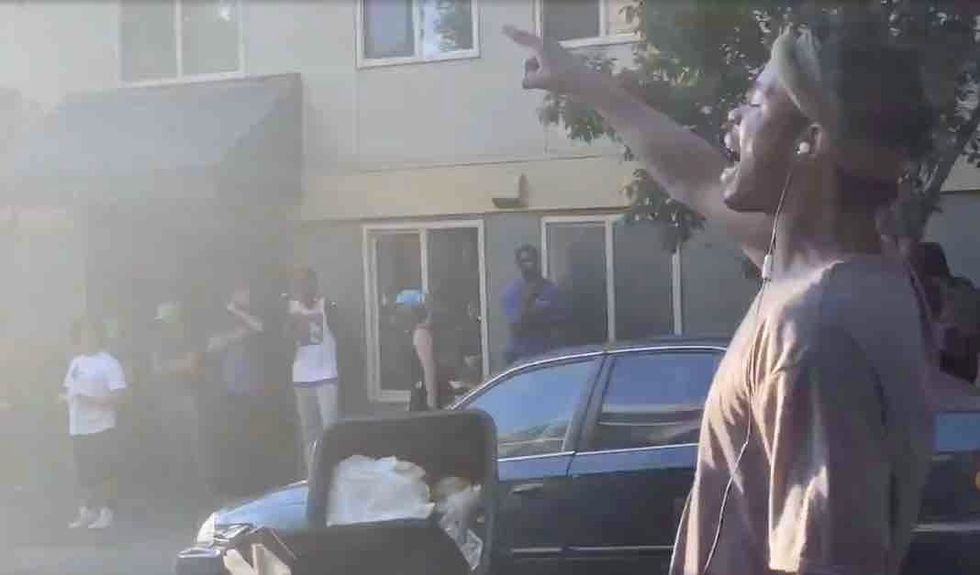 And when he was done, he gave them all a middle finger and said, “F*** Black Lives Matter!” and walked away. 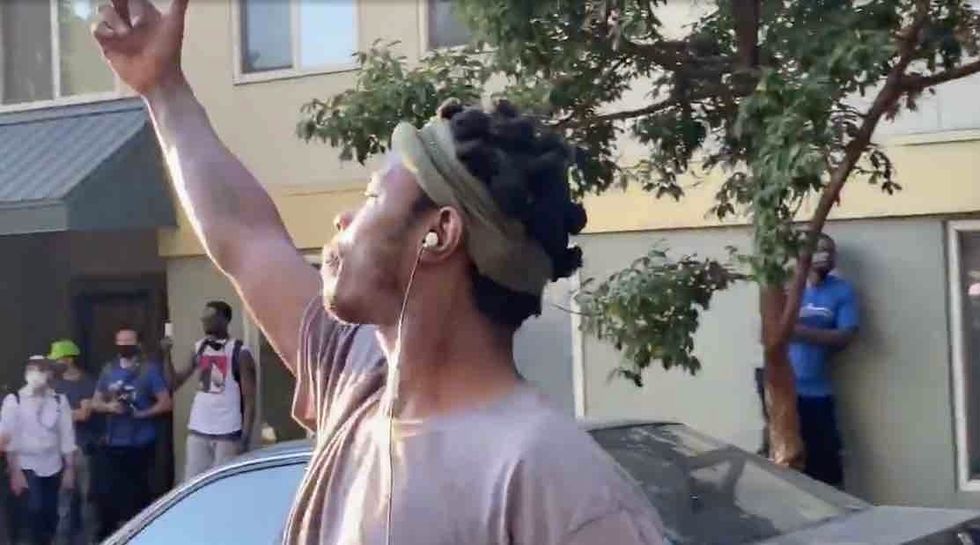 Black Seattlite kicks over the barricade that Antifa Militants and BLM protesters set up and yells, “All Lives Matt… https://t.co/9sDblsGV3W

Another black man got on a megaphone and berated the BLM and Antifa faithful for the trash barricade. He got into arguments with several left-wing black men who didn’t appreciate him throwing light on their pitiful gesture — and again, right on cue, a white man mustered up the gall to lecture him on his actions.

Things are not looking up in Seattle at the moment. After having finally dispensed with the militant “CHOP” autonomous zone that plagued an area of downtown for weeks, the leftists are at it again, stirring up trouble — and Chief Carmen Best told businesses in a Friday letter that they’re essentially on their own when it comes to rioters.