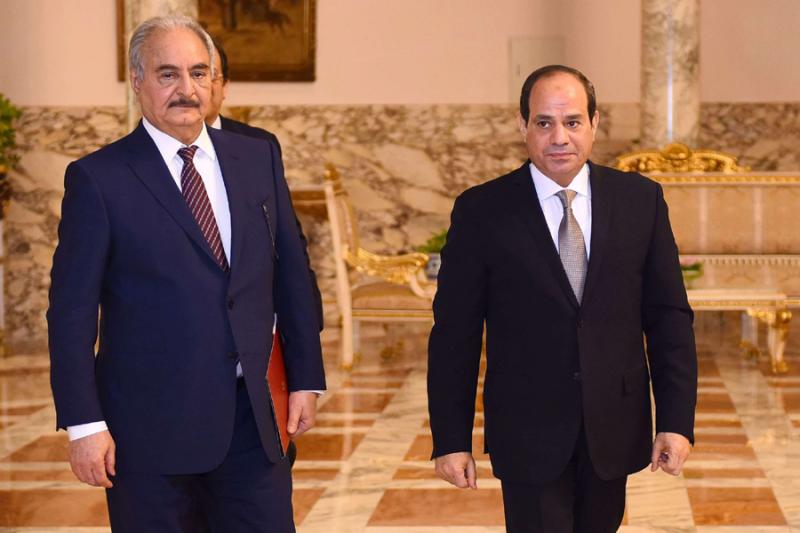 The Duran’s Alex Christoforou and Editor-in-Chief Alexander Mercouris discuss Egypt’s Sisi securing parliamentary approval for grounds troop intervention into Libya, as the proxy war between Egypt and Turkey moves towards direct conflict between the two nations.

A sharp military escalation in Libya, where fighters led by eastern commander Khalifa Haftar have been battling the forces of the internationally recognised government, could risk igniting a direct conflict among the foreign powers that have poured in weapons and fighters in violation of an arms embargo.

Sisi warned last week that Egypt would not stand idle if there was a threat to national security in Egypt and its western neighbour, Libya.

Egypt, alongside the United Arab Emirates and Russia, backs Haftar, who abandoned an offensive on the capital last month after Turkey stepped up support for Tripoli.

Egypt has flown air strikes on suspected militants in Libya since the toppling of Muammar Gaddafi in 2011 plunged the oil producer into chaos.

It has also supported Haftar, an ex-Gaddafi general, since 2014 when he assembled a force in eastern Libya, according to U.N. reports. But sending ground-combat troops would be a major escalation.

The eastern-based Libyan parliament allied to Haftar asked Cairo this month to intervene militarily to counter Turkey, and its president welcomed Egypt’s move on Monday, a spokesman said.

The Egyptian parliament said on the vote supported by all present MPs that troops would be defending national security on the “strategic western front against the work of armed criminal militias and foreign terrorist elements.”

It did not give details, a time frame or name Libya directly. It also did not mention Turkey.

The last time Egypt sent ground troops abroad for combat was in 1991 in Kuwait as part of a U.S.-led coalition to drive out Iraqi troops.

Shortly before the vote, Sisi and U.S. President Donald Trump spoke by phone.

“The two leaders affirmed the need for immediate de-escalation in Libya, including through a ceasefire and progress on economic and political negotiations,” the White House said in a statement.

Trump also told French President Emmanuel Macron by phone that the conflict “has been exacerbated by the presence of foreign forces and arms,” the White House said.

U.N. spokesman Stephane Dujarric told reporters: “There is no military solution to the current crisis in Libya and there must be an immediate ceasefire.”

The Tripoli government’s forces have moved closer to the central city of Sirte, which they hope to recapture from Haftar’s Libyan National Army and is the gateway to oil- exporting ports held by the LNA. Sisi has declared the Sirte front line a red line for Egypt.

Egyptian officials often refer to armed groups in Tripoli and western Libya as “militias” and see Haftar as leading a “counter-terrorism force.”

Visit the USSA News store!
Click this link for the original source of this article.
Author: Alex Christoforou

This content is courtesy of, and owned and copyrighted by, https://theduran.com and its author. This content is made available by use of the public RSS feed offered by the host site and is used for educational purposes only. If you are the author or represent the host site and would like this content removed now and in the future, please contact USSANews.com using the email address in the Contact page found in the website menu. The owner of this website may be paid to recommend American Bullion. The content of this website, including the positive review of American Bullion, the negative review of its competitors, and any other information may not be independent or neutral.

In other news...
Biden Calls Trump The Most Racist President Eve...
CNN Refers to Washington and Jefferson as Just ...
Inside The Cynical Calculations Companies Use T...
NYT, FBI, Spy inside WH. NEW DOCS prove COUP pl...
NYPD Police Chief Who Kneeled With ‘Protestors’...
FACT CHECK: Did Ilhan Omar Say, ‘When We Win In...