But just what those scenarios are is a military secret. At a time when the president and his advisers hold daily press conferences where worst-case scenarios for civilians are frankly and alarmingly discussed, the Pentagon is moving to tighten what information it shares about COVID-19’s impact on the military. 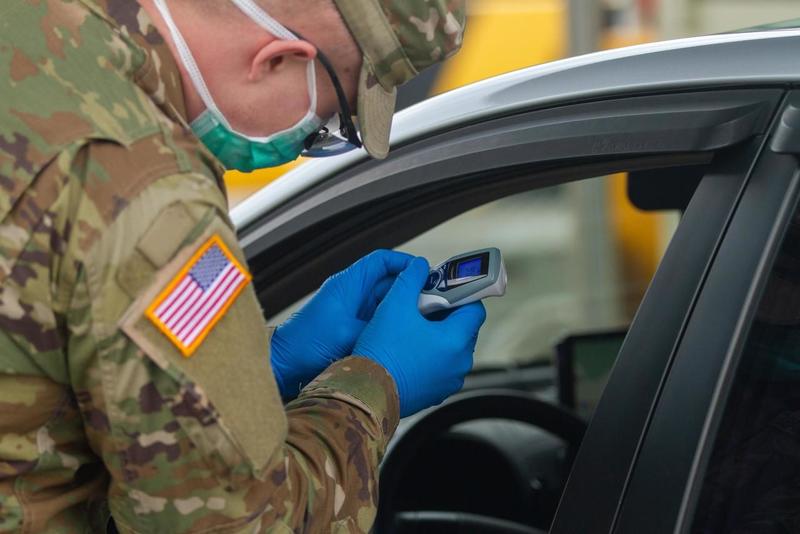 The Department of Defense has been providing running totals of military-related COVID-19 infections, hospitalizations, and mortality, with separate figures for service members, their families, and civilian contractors. For example, as of Monday, the Pentagon reported 1,087 cases, of which 569 involved troops. These figures were higher by two-thirds than they had been Friday. But the demands of epidemiological accuracy are beginning to clash with the imperatives of operational secrecy.

“I’m not going to get into a habit where we start providing numbers across all the commands and we come to a point six, seven weeks from now where we have some concerns in some locations and reveal information that could put people at risk,” Secretary of Defense Mark Esper told Reuters.

No one wants to give bad actors the idea that American troop strength is weakened on any particular front.

If not necessarily weakening forces, the virus is already causing complications. The commanding general of the U.S. Army in Europe, Christopher Cavoli, has spent most of March in self-isolation after coming into contact with someone infected with COVID-19. 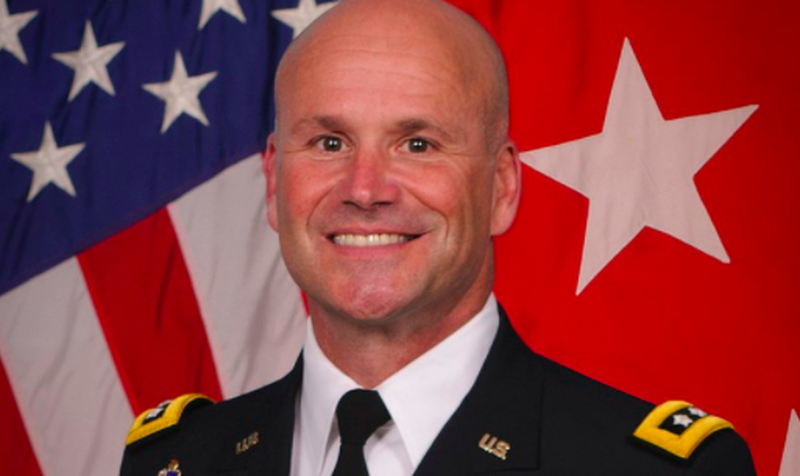 Lt.. Gen. Cavoli is just one of many officers who have taken to the internet to communicate with their troops via video. But missing from the videos is the officer one would most expect to see in that part of the world, the chief medical officer for the European theater. Brig. Gen. Ronald Stephens was relieved of command Monday. He had been suspended Feb. 12. For what, the Army isn’t saying – it’s a different sort of military secret — but the timing is less than optimal. Regional Health Command-Europe is being headed on an acting basis by Stephens’ former chief of staff, Col. Andre Pippen.

Wolters, commander of U.S. forces in Europe, was relatively forthcoming when he said that “to sustain the current readiness posture,” he might have to “go outside the forces I currently command.” But if it happens, don’t expect it to be announced: Department of Defense spokesperson Alyssa Farah put out a statement last week saying, “If at some point in the future, a commander believes that the coronavirus could affect the readiness of our strategic deterrent or strategic response forces we would understandably protect that information.”

A senior defense official told Military Times on Monday that though the Pentagon would be reporting general figures, it would be “tamping down” on the release of “unit, region and installation” details.

Dealing with disease is key to military readiness. Wars in which the majority of fatalities are due to battlefield slaughter are something of a 20th century invention. The Civil War displayed a staggering carelessness with men’s lives, whether Pickett’s suicidal charge or just about any campaign waged by U.S. Grant. And yet for all the carnage, of over 600,000 fatalities, some two out of three died from diseases, including dysentery, typhoid, malaria and tuberculosis.

In Britain’s Thirty Years’ War, “deaths from disease far outstripped deaths from weapon in this as in every European conflict prior to the twentieth century,” writes historian William H. McNeill in the book “Plagues and Peoples.” The Continental Army was ravaged with smallpox until George Washington forced reluctant troops to be vaccinated. “Disease has destroyed Ten Men for Us,” John Adams wrote to his wife, Abigail, “where the Sword of the Enemy has killed one.”

The U.S. military doesn’t face anything like that with COVID-19 so far. But it is a reminder of the importance of keeping soldiers healthy to keeping them ready as a fighting force.

Some fronts have already been affected, if only marginally, as coalition forces have been drawn down. In the last week, hundreds of troops from the Netherlands, France, Spain and Portugal have left Iraq and Afghanistan, redeployed to their home countries to bolster civilian responses to the disease. U.S. and British training with Iraqi forces has been suspended and some U.K. soldiers have returned to Great Britain for emergency assignments.

The U.S. military has a deeper bench, of course, and can afford to assign the Army Corps of Engineers to outfit temporary emergency hospitals and the Navy to sail hospital ships to home-front hot spots. But that could eventually lead to drawdowns significant enough that the Pentagon wouldn’t want it known.

Still, a more detailed picture is painted by the information given to troops than that given the public. The Army’s acting regional health commander for Europe, Col. Pippen, held a virtual town hall with other medical officers to answer questions about COVID-19 and the Army’s response. Soldiers and their spouses emailed in. The answers they were given suggest the Army’s health system is stressed, even at Landstuhl Regional Medical Center in Germany, the largest military hospital in Europe. 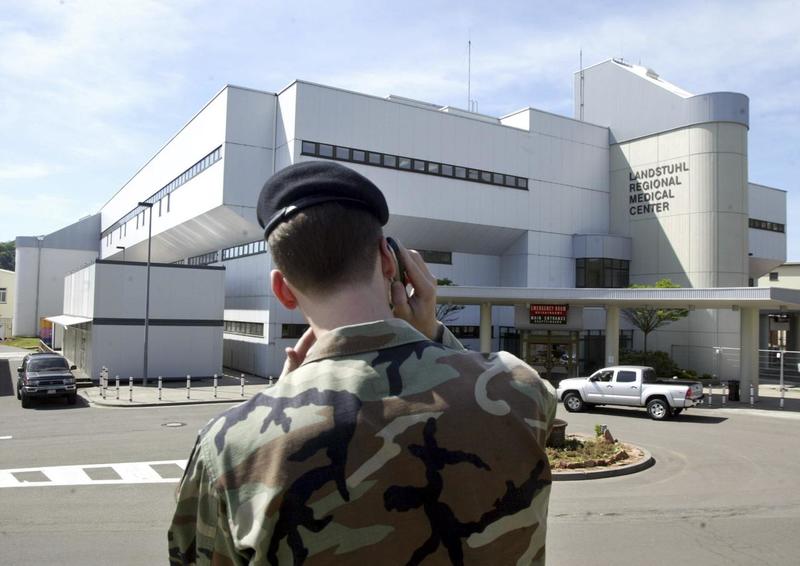 “Every time I call the Landstuhl appointment line, I get a busy signal,” was one exasperated complaint.

Col. Randall Freeman, deputy commander for health readiness at Landstuhl, didn’t have much to offer:

“Our network is very heavily burdened right now, with a much higher volume of calls than we normally have,” he said.

“I encourage patients to keep trying. Sometimes it takes three, four, or five tries to get through.”

Freeman and the other Army health officials said the hospital was going to be focused on urgent care, and all other services would have to be online.

Soldiers can normally expect that their medical information and that of their families will be handled according to HIPAA principles. But not in the age of COVID-19. A soldier’s wife who had been tested for the virus emailed the town hall to ask what had happened to her privacy. The results of her test had been given first to her husband’s commanding officer, then to her husband, and only only after that to her. “In a public health emergency,” Freeman responded, “the command has to know certain things that affect the ability of the unit to carry out its mission.”

Some of the steps normally taken to clear troops as ready are being pushed off. For example, soldiers have to pass an annual dental exam to be considered deployable. But such routine care is no longer available. “We have stopped offering readiness exam appointments,” Col. Manuel Pozo-Alonso, the Army’s dental regional commander for Europe, said in the virtual town hall. Dental personnel are being seconded to COVID-19 duties. He admitted that because of even that minor consequence of switching to a COVID-19 footing, “There will be a little detriment to our readiness over time.”

Visit the USSA News store!
Click this link for the original source of this article.
Author: Paul Martin

This content is courtesy of, and owned and copyrighted by, http://revolutionradio.org and its author. This content is made available by use of the public RSS feed offered by the host site and is used for educational purposes only. If you are the author or represent the host site and would like this content removed now and in the future, please contact USSANews.com using the email address in the Contact page found in the website menu. The owner of this website may be paid to recommend American Bullion. The content of this website, including the positive review of American Bullion, the negative review of its competitors, and any other information may not be independent or neutral.

In other news...
Important differences in counting UK Covid-19 d...
Marijuana is Much More Powerful
States, Abortion Clinics Fight for Medical Supp...
“This Is The Beginning Of The End Of The Pandem...
New Oxford Study Hidden By Mainstream Media: Mi...
Depression Strikes America, Looting Begins, Pan...