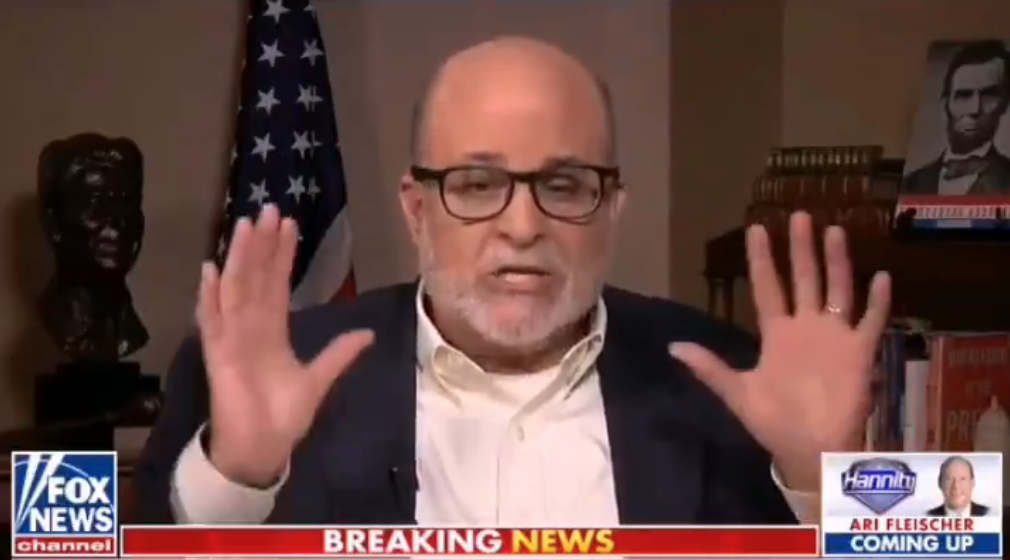 BlazeTV host Mark Levin blasted the big government stimulus spending amid the COVID-19 pandemic and called on President Donald Trump to reconsider opening up parts of the economy again by Easter (April 12), a previously stated hope of the president that has since been nixed.

In an appearance on Fox News’ “Hannity” Thursday night, Levin slammed the latest phase of the recently passed economic stimulus package, arguing that infusing the economy with stimulus money won’t help if much of the economy is still closed.

“I’m hoping people in Washington are listening,” Levin said. “You cannot deficit spend your way into prosperity. If you could, Venezuela would be the richest nation on the face of the Earth.

“The media and the Democrats and some of his advisers, I fear, are boxing the president in,” he continued. “The president a few weeks ago, I thought had a very good idea: Let’s look at the areas of the economy that we can open up.

“I’m not saying drop all the conditions. I’m saying let’s get a little smarter about this,” Levin added.

The LevinTV host then warned that if the federal government continues to “pour money into industries that aren’t open” it could result in seismic economic destruction.

“Washington, stop! You’re going to destroy the economy!” he charged.

Levin suggested that certain businesses could be operational in some capacity while still abiding by social distancing guidelines.

“I’ll give you a perfect example,” he suggested. “We have food, we have heat, we have clean water. Who you think is giving that to us? Other citizens. Electricity, gasoline for our cars. Truckers, we have a mail service, UPS, FedEx, grocery stores, fast-food drive-throughs, all open, all functioning. We get soap and diapers and toilet paper, prescription drugs, 7-Elevens are open. Doctors, nurses, cops, firefighters, more, going into these hot zones despite the fact that they are exposed.”

Or at the very least, he argued, we could ask businesses if there are things they could still do while taking measures to prevent the spread of the infectious disease.

“We don’t ask these businesses, ‘Can you adjust to the virus? Are there things you can do?'” he said.

Last weekend, President Trump extended the White House’s social distancing guidelines until the end of April. Though the president’s advisory says nothing specifically about closing businesses, it does instruct Americans to follow the directions of their state and local authorities. Many officials in states across the country have opted to force the closure of businesses deemed “nonessential” in an effort to combat the ongoing pandemic.

The economic fallout from the shutdowns has already been sizable. Earlier this week it was reported that in late March an additional 6.6 million Americans had filed unemployment claims, and the Federal Reserve estimates that, before all is said and done, the country could suffer 47 million job losses and a whopping 32% unemployment.