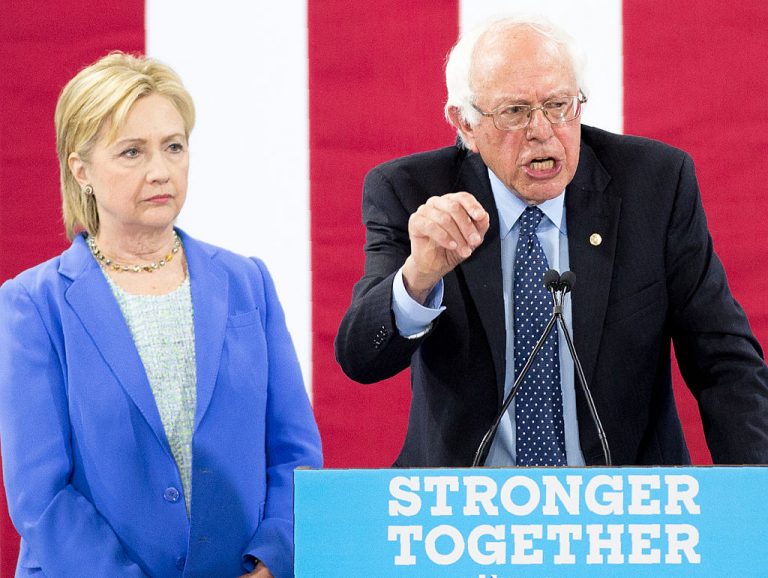 Hillary Clinton doesn’t like Sen. Bernie Sanders (I., Vt.). She still blames him for her humiliating defeat to Donald Trump in 2016’s general election. “Nobody likes him, nobody wants to work with him, he got nothing done,” she said of Sanders in a Hulu documentary series about her life. “It’s all just baloney and I feel so bad that people got sucked into it.”

In interviews promoting the documentary, Clinton stopped short of pledging to endorse Sanders if he wins the Democratic nomination, an outcome that seems increasingly likely after the socialist insurgent’s victories in Iowa, New Hampshire, and Nevada.

“I’m not going to go there yet,” Clinton told the Hollywood Reporter in January. “It’s his online Bernie Bros and their relentless attacks on lots of his competitors, particularly the women. And I really hope people are paying attention to that because it should be worrisome that he has permitted this culture—not only permitted, [he] seems to really be very much supporting it.”

However, Clinton appears to have changed her tune in light of Sanders’s strong showing in the early primary states. During an interview at the Berlin International Film Festival, the twice-failed presidential candidate suggested she would support any Democratic nominee in an effort to remove President Trump from office. “I’ll wait and see who we nominate, and I will support the nominee,” said Clinton. “And I think it is imperative that we retire the incumbent.”

It’s not exactly a ringing endorsement of Sanders, though subtle position-shifting has always been a staple of Hillary’s underwhelming career in politics. It looks as though she will have to prepare herself to vote for Bernie. Unless, of course, she still doesn’t think Sanders will win the nomination—perhaps because she intends to challenge and defeat him at the Democratic National Convention in Milwaukee.

Because hell hath no fury like a Clinton scorned.