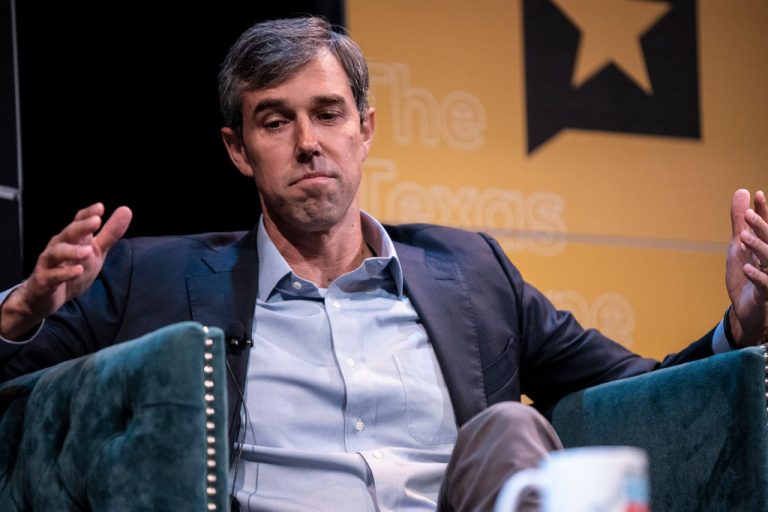 O’Rourke, who is currently polling at 2.6 percent (6th place) in the RealClearPolitics national polling average, told Politico‘s David Siders he could not “fathom a scenario where I would run for public office again if I’m not the nominee.” (NB: he’s not going to be the nominee.)

Following his dramatic descent from potential frontrunner to irrelevant crank, Beto has become increasingly unhinged. His desperate pleas for attention, including cursing on live television and promising to take away your guns, have failed to rally voters behind his dead-end candidacy.

After launching his campaign earlier this year on a platform of apologizing for his white privilege, Beto has consistently been overshadowed by South Bend, Ind., mayor Pete “Boat Shoes” Buttigieg, aka “Mayor Beast,” in just about every category, but especially when it comes to having a swole bod.

O’Rourke decided to run for president after losing his Senate race against Ted Cruz (R., Texas), perhaps the least likable politician in the country after Hillary Clinton. O’Rourke was breathlessly lauded as a formidable candidate by the “Pod Save America” bros and other allegedly smart Democratic strategists and pundits.

Beto once pranked his wife, Amy, the daughter of a rich real-estate tycoon, by putting a green turd from their kid’s diaper in a bowl and telling her it was an avocado.