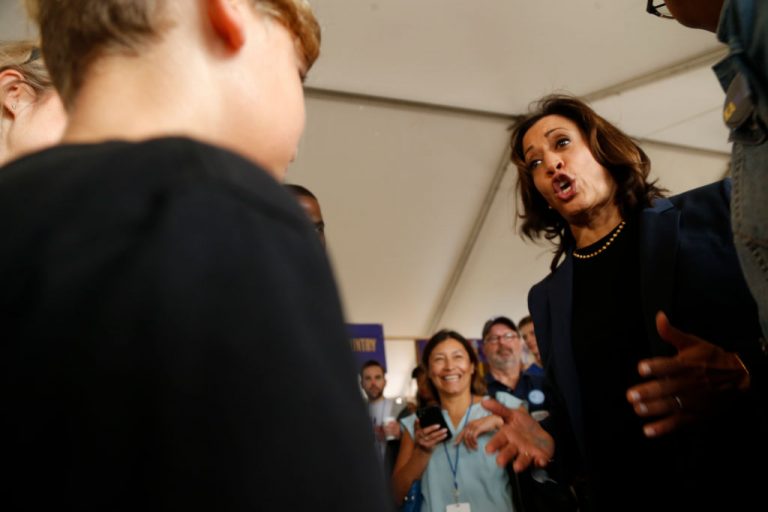 Kamala “5-0” Harris is up to her old tricks. The former attorney general of California, who ruled with an iron fist over the parents of truant schoolchildren, has reportedly been roaming the streets of Iowa and accosting children whom she suspects of playing hooky.

On this tour of small businesses in Des Moines, Harris has run into at least four school aged kids on the street. “Why aren’t you in school?” she’s been asking. (It’s lunch hour for them apparently)

Harris, a once-relevant candidate who recently appeared on the cover of the once-relevant Time magazine, has no chance of becoming president. However, she could still strike a blow for justice by seeking the immediate arrest and prosecution of Swedish climate activist Greta Thunberg, the most celebrated public truant in recent memory.

Thunberg, whose own parents and teachers opposed her initial decision to stop attending class until all the glaciers grew back or whatever, recently urged other children around the world to join her “in the streets,” which is precisely where Kamala found the delinquent youths in Iowa.

Sen. Harris, we implore you: Greta must be brought to justice. What are you waiting for?

The post Kamala Harris Accosts Children in Iowa: ‘Why Aren’t You In School?’ appeared first on Washington Free Beacon.

In other news...
Sanders on Bloomberg: Trump Would ‘Chew Him Up ...
Hillary Clinton Proves She’s Still Tha Kween of...
BERN IT DOWN: Sanders Torches the Establishment...
UK School Textbook Removed From Sale, Asks If I...
Study Suggests That Moderate Drinkers Live Long...
MP Invites Drag Queen Called ‘Flowjob’ to Schoo...