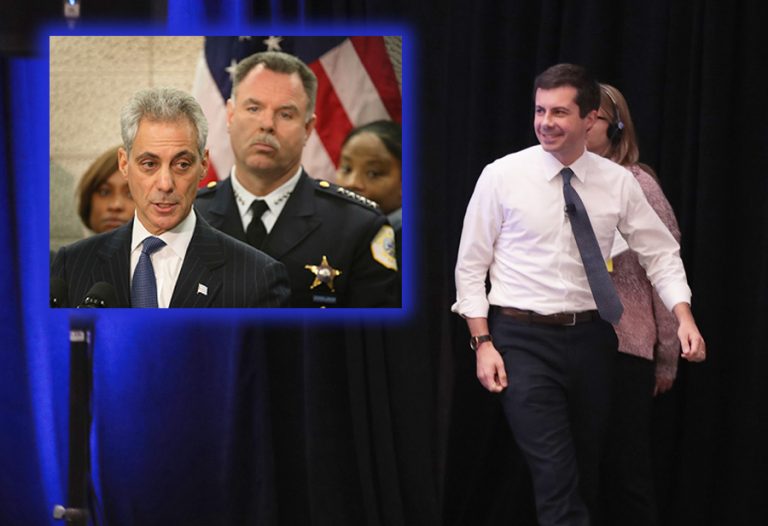 Patton, who donated the maximum amount of $5,600 to Buttigieg’s campaign in June, was also listed as a cosponsor of a fundraiser Buttigieg was scheduled to attend on Friday, but has been removed from the event following an intense backlash from liberal activists.

“Transparency and justice for Laquan McDonald is more important than a campaign contribution,” spokesman Chris Meagher said in a statement. “We are returning the money he contributed to the campaign and the money he has collected. He is no longer a co-host for the event and will not be attending.”

The campaign had initially declined to comment on the fundraiser or respond to questions from an Associated Press reporter, and simply noted that Buttigieg had released a plan to end “systemic racism” in America.

McDonald’s death and the subsequent cover-up efforts sparked mass protests in Chicago against the police department and former mayor Rahm Emanuel, who previously served as President Obama’s chief of staff. The video was eventually released on a judge’s order more than a year after the incident, at which point Emanuel had already been reelected as mayor following a contentious runoff. The officer who killed McDonald after firing 16 shots at the teenager was found guilty of second-degree murder and sentenced to 7 years in prison.

Emails revealed that Patton had advised against releasing the video until after the runoff election. One of Patton’s deputies even urged McDonald’s family to agree to prevent the video footage from being made public. A subsequent investigation found that Patton’s department withheld evidence in a number of cases involving police misconduct.

Rev. Jesse Jackson, the Chicago civil rights icon, urged Buttigieg to “adjust his schedule” when asked about the fundraiser with Patton. Buttigieg sought guidance from Jackson this summer in response to his own police shooting scandal in South Bend, where protests erupted after a white police officer fatally shot an African-American man. A number of black activists in South Bend have called for Buttigieg’s resignation. The mayor had already come under fire in 2012 for firing the city’s first black police chief.

Black Lives Matter activist Charlene Carruthers told the AP that if Buttigieg’s campaign agreed to the fundraiser despite being aware of Patton’s history, “it’s indicative of so much of what we see with folks in the LGBTQ community — particularly white men who may hold a sexual identity, but their politics don’t line up with the liberation of the people who are also in community with them.”

Buttigieg is tremendously popular among overeducated white liberals, particularly in the “boat shoe” strongholds of Cape Cod, Martha’s Vineyard, and Nantucket, and mainstream media outlets have praised him for his muscular physique. However, “Mayor Beast” has consistently received a statistically insignificant level of support from black voters in Democratic primary polls, prompting some election observers to wonder why he won’t just drop out already.