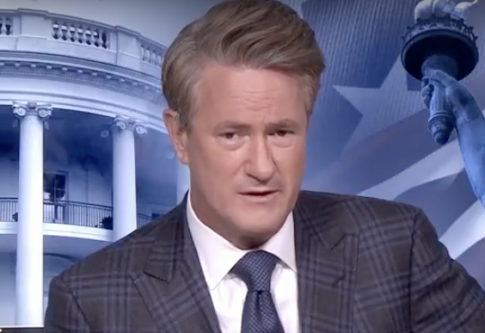 MSNBC anchor Joe Scarborough on Wednesday criticized the Bernie Sanders campaign for saying that requests of Sanders’s medical records are a smear, while alleging Michael Bloomberg had a heart attack.

Sanders’s national press secretary Briahna Joy Gray said Wednesday morning that the “smear campaign” against Sanders is unfair given Bloomberg’s past heart attacks, but there’s no evidence Bloomberg has ever had a heart attack, and Gray retracted her comment later in the morning after Morning Joe aired. Scarborough said Sanders’s refusal to share records combined with the smearing of an opponent is reminiscent of President Donald Trump’s campaign tactics.

“There’s something very Trumpian about a national press secretary for a candidate saying that if you ask for health care records, you’re engaging in a smear campaign, and then turning and smearing the person you consider to be your chief rival by just making up a heart attack,” Scarborough said.

“The Sanders campaign, Bernie said, you know ‘oh, I can’t control this.’ He can control what his national press secretary says,” Scarborough said. “They need to walk this back because this is exactly what Donald Trump would do.”

“What you’re seeing right now is really reminiscent of some of the kind of smear, kind of skepticism campaigns that have been run against a lot of different candidates in the past,” Gray said. “Questioning where they’re from, aspects of their lineage, et cetera, et cetera. And it’s really telling given that none of the same concern is being demonstrated for Michael Bloomberg who is the same age as Bernie Sanders, who has suffered heart attacks in the past.”

I mispoke when I said Bloomberg had a heart attack. Rather, he underwent the same stent procedure as Bernie. Bernie released 3 detailed medical reports in December — just like the other candidates.

Gray’s response came as Sanders on Tuesday evening said he will not provide any additional medical information. Throughout his campaign, Sanders promised transparency regarding his health.

MSNBC’s Mike Barnicle agreed with Scarborough noting that Gray is accountable directly to Sanders, unlike a bot or an anonymous supporter.

“His national secretary is not a bot,” Barnicle said. “Bernie went after the bots last night when asked about this same conduct on behalf of people who are campaigning around the country for him. I get that: Some of them are anonymous, some of them he does not know, will never meet. But this is his national press secretary, just impugning Michael Bloomberg, sliming up Michael Bloomberg.”

In other news...
Buttigieg: If Trump Refuses To Leave White Hous...
BREAKING: Dershowitz Says Lawsuit Is Coming Aft...
US Cruise Passenger Under Coronavirus Quarantin...
Who Needs Stop-and-Frisk When We’ve Got Such Fa...
Report: Trump Offered Julian Assange A Pardon T...
Judiciary in a hurry to move against Salvini