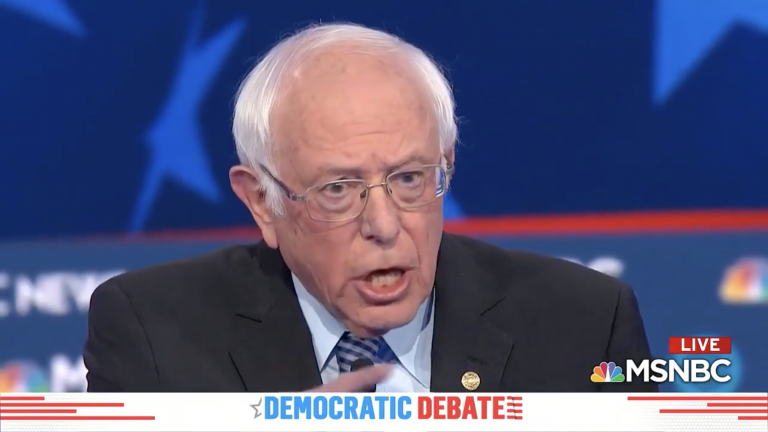 Sen. Bernie Sanders (I., Vt.) said that Russian trolls may be responsible for online attacks on members of Nevada’s Culinary Union. “It’s not thinkable” that his supporters would harass union leadership, Sanders said at Wednesday evening’s Democratic debate in Las Vegas.

“Not being too paranoid, all of us remember 2016. And what we remember is efforts by Russians and others to try to interfere in our election and divide us up,” Sanders said during Wednesday night’s Democratic debate. “I’m not saying that’s happening. But it would not shock me. I saw some of those tweets regarding the Culinary Workers union.”

“I have a 30 year, 100 percent pro-union voting record,” Sanders said. “You think I would support or anybody who supports me would be attacking union leaders? It’s not thinkable.”

Sanders also said he disowns any attacks on union leaders and added that members of his own campaign have been targets of online harassment.

“If there are a few people who make ugly remarks, who attack trade union leaders, I disown those people, they are not part of our movement,” he said.

Former South Bend mayor Pete Buttigieg asked Sanders why so many attacks seem to come from his supporters.

“At a certain point you’ve got to ask yourself, why did this pattern arise? Why is it especially the case among your supporters?” Buttigieg asked.

“I don’t think it is especially the case,” Sanders said.

The post Bernie Says Russians May Be to Blame for Culinary Union Attacks appeared first on Washington Free Beacon.