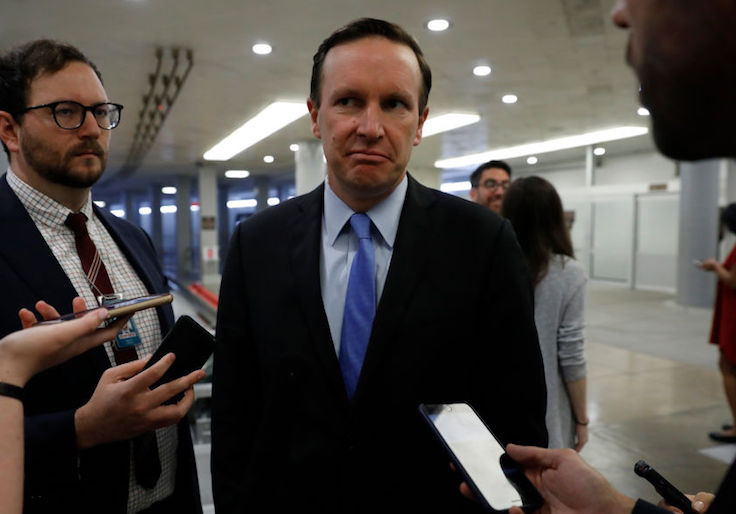 Murphy met with Zarif after criticizing the Trump administration’s Middle East policy in a speech to the Munich Security Conference last week. Murphy remained silent when reports of the meeting emerged on Monday, but acknowledged he met with top Iranian regime officials in a Medium post published Tuesday.

“For years, I have met on occasion with Iranian Foreign Minister Javad Zarif, during both the Obama and Trump Administrations,” he wrote. “I have no delusions about Iran—they are our adversary, responsible for the killing of thousands of Americans and unacceptable levels of support for terrorist organizations throughout the Middle East. But I think it’s dangerous to not talk to your enemies.”

Murphy, whose office did not respond to a request for comment, wrote that he and Zarif discussed U.S. prisoners held in Iran, belligerent actions from the Iranian-aligned Houthis in Yemen, and Iranian responses to what Murphy called “the Soleimani assassination.”

Murphy defended his meeting, which was first reported by the Federalist, saying “If Trump isn’t going to talk to Iran, then someone should. And Congress is a co-equal branch of government, responsible along with the Executive for setting foreign policy.”

That stance contrasts with Murphy’s rhetoric during the Obama administration when 47 Republican senators sent a letter to the Iranian regime warning that the Senate had the power to reject any nuclear deal. At the time, Murphy said the letter was “undermining the authority of the president” and called on Republicans to respect “the difference between what the executive branch and what the legislative branch is supposed to be doing surrounding delicate negotiations.”