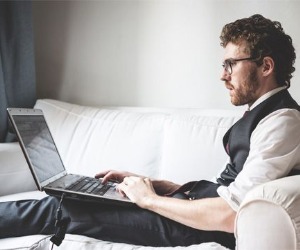 According to Clinton, nobody in Washington, DC likes the Vermont senator personally, and the uncompromising socialist is impossible to work with. The statements are taken from part of a documentary film that will premier at this year’s Sundance festival. News of the comments come on the heels of a particularly grueling presidential debate for Sanders, where it was clear CNN moderators were out to discredit him.


Here’s the thing (and we can’t believe we’re saying this), Clinton isn’t exactly wrong about what she said. Senator Sanders doesn’t have his name on any major piece of laws, and he is in fact a “career politician” as Clinton said. He hasn’t contributed to the American economy in any way, and he’s spent his entire adult life as a fringe politician that refuses to work with anyone who doesn’t share his hardline beliefs.

Of course, Clinton is also revealing exactly why she herself lost in 2016. Nobody likes her either. The difference is that the former state secretary has actually tried to appeal to the middle of the country, and that backfired.

All of that said, we’re all for Democrats fighting each other right now — especially right before primary voting actually begins. Ben Shapiro has the full clip below.

Visit the USSA News store!
Click this link for the original source of this article.
Author: llvadmin

This content is courtesy of, and owned and copyrighted by, https://libertyvideonews.com and its author. This content is made available by use of the public RSS feed offered by the host site and is used for educational purposes only. If you are the author or represent the host site and would like this content removed now and in the future, please contact the USSANews.com administrator by using the contact form located in the top-left menu. Your request will be immediately honored. Please visit https://libertyvideonews.com for more terrific, conservative content. The owner of this website may be paid to recommend American Bullion. The content of this website, including the positive review of American Bullion, the negative review of its competitors, and any other information may not be independent or neutral.