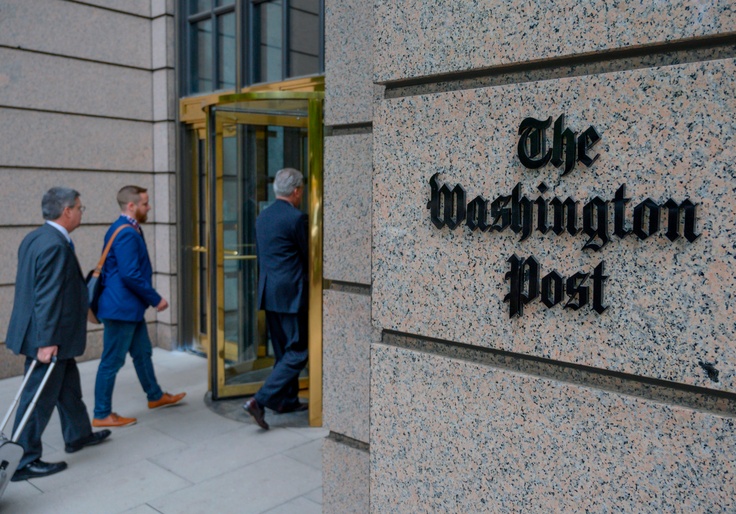 The Washington Post rallied behind the Government Accountability Office (GAO) after it released a negative report about the Trump administration’s handling of Ukrainian aid on Thursday. But the outlet brushed off similar findings from the agency in 2014, calling them nothing more than a “political talking point” aimed at the Obama administration.

After the non-partisan agency released a report saying the White House acted illegally when it withheld defense aid to Ukraine, the Post responded with multiple stories lambasting the president.

The outlet was much more forgiving when the GAO ruled against the White House in 2014. When the watchdog group found that the Obama administration broke the law by swapping five Taliban terrorists for Army Sgt. Bowe Bergdahl, the Post downplayed the ruling, saying it would likely become nothing more than a “political talking point.”

“The review handed opponents of President Obama powerful reinforcement of two of their key critiques: that Obama routinely oversteps his executive authority, and that his maneuvers on foreign policy make the country less safe,” the article said. “But the actual effect of the letter from the nonpartisan agency may be only that—that it becomes a political talking point.”

The article went on to analyze past GAO rulings of illegality, concluding that “the substance of the charge has always fallen far short of allegations that the chief executive violated federal laws.”

Obama responded to the ruling by rejecting the agency’s findings.

“We strongly disagree with GAO’s conclusion, and we reject the implication that the administration acted unlawfully,” White House spokesman Eric Schultz said in 2014.

Trump has yet to respond to the GAO’s ruling directly, but the Office of Management and Budget (OMB) pushed back against the report.

“We disagree with GAO’s opinion,” spokesperson Rachel Semmel said. “OMB uses its apportionment authority to ensure taxpayer dollars are properly spent consistent with the president’s priorities and with the law.”

“The president not only undermined our diplomatic relationships for his own personal, political gain—he also broke the law,” said Sen. Elizabeth Warren (D., Mass.). “He must be held accountable or he will continue breaking the law and putting the country at risk.”

The Senate is now beginning a formal impeachment trial centered on Trump’s handling of Ukrainian aid after House Democrats voted to impeach the president on Dec. 18.

The post WaPo in 2014: GAO Ruling Against Obama Nothing More Than ‘Political Talking Point’ appeared first on Washington Free Beacon.