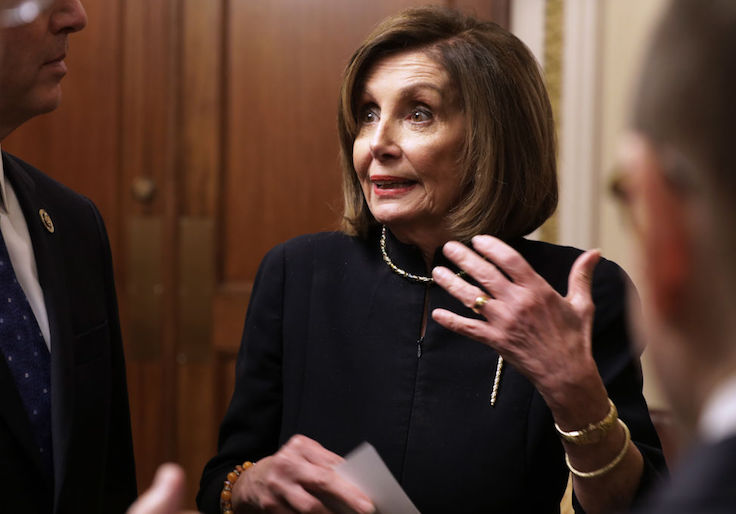 Sources told CNN that the speaker “mused that sometimes she wonders whether McConnell has Russian connections” during a closed-door meeting with the Democratic caucus.

Pelosi criticized McConnell for “acting like a rogue Senate leader” and raised concerns about the Russian hacking of the Ukrainian gas company Burisma.

Over the weekend, Pelosi also said McConnell is an “accomplice” to Russian election interference.

McConnell has faced accusations that he is in league with Russian interests before, including from MSNBC anchor Joe Scarborough, who labeled the senator “Moscow Mitch.” In July 2019, McConnell called such claims “modern-day McCarthyism,” adding that they are “toxic and damaging because of the way [they warp] our entire public discourse.”

“For decades, I have used my Senate seat to stand up to Russia and protect the United States of America. I’m proud of my record,” McConnell added.

Pelosi also said the House will vote Wednesday on a resolution to name managers for the impending impeachment trial of President Donald Trump. The House is also expected on the same day to send the two articles of impeachment to the Senate, which McConnell said will allow his chamber to begin preparations for a full trial. The trial is expected to start early next week.