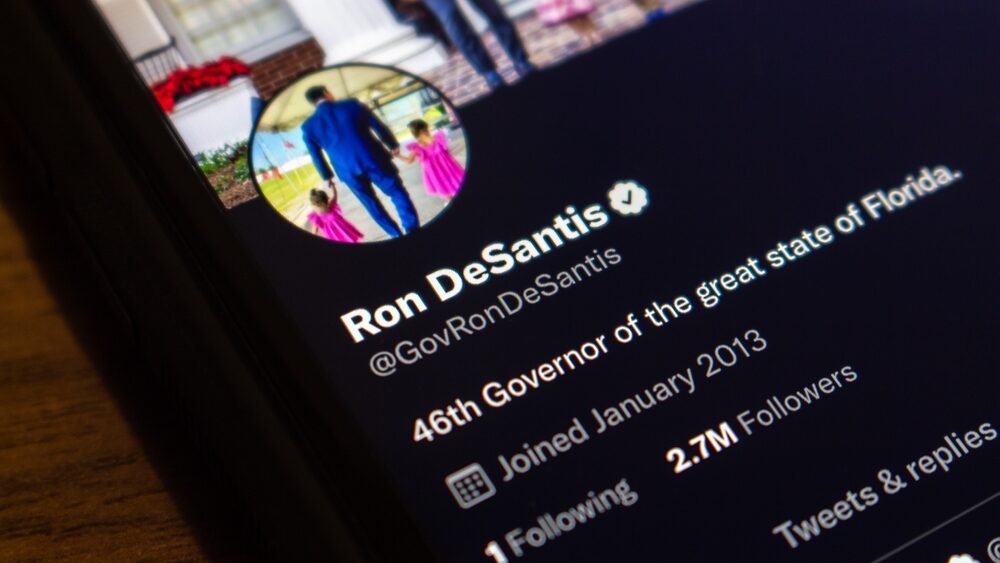 Trump and DeSantis appear destined to square off with one another in the 2024 Republican primary race, despite the Sunshine State lawmaker’s reluctance to officially announce his candidacy.  (It is assumed that he is running, however, based on his behind the scenes actions).

The former President has already entered the race, of course, and he’s already begun to attack DeSantis.

Former President Donald Trump, who ripped through the 2016 presidential field with attacks on his rivals, reposted images of a young Ron DeSantis allegedly partying with high school teens and adding his own mocking commentary.

‘That’s not Ron, is it? He would never do such a thing!’ Trump wrote on his Truth Social platform.

The post linked to a Truth Social Account that grabbed a digital image of a young man with a bowl haircut who appears to be DeSantis surrounded by three young women.

One of them, who has her arm around the now-Florida governor, is smiling and appears to be holding a brown glass bottle. The hit comes as DeSantis has been rising in the polls and lining up influential supporters.

To drive home the point, Trump also re-posted a message by a user named Dong-Chan Lee, who wrote that ‘Ron DeSantis was having a “drink” party with his students when he was a high school teacher. Having drinks with underage girls and cuddling with them certainly look pretty gross and ephebophiliaesque,’ a term relating to attraction to adolescents.

The photo was soon circulating on Twitter as well.

As of this writing, no confirmation of the photo’s authenticity has been made.