Albanian
Home ► Education ► Watch: Furries counterprotest feminists because it’s 2023 and that’s where were are as a society

Albanian
Home ► Education ► Watch: Furries counterprotest feminists because it’s 2023 and that’s where were are as a society

There was a time when women held rallies demanding to be heard, where if you offered the slightest criticism, you were labeled sexist no questions asked. A bygone era where women would hold what was called a “Women’s March” and wear crocheted vaginas on their heads until they got canceled because there were too many white people involved. Now, not only are certain women being told they aren’t allowed to speak, they are being protested…by furries.

Not just any Furries either. Furries Against Fascism. 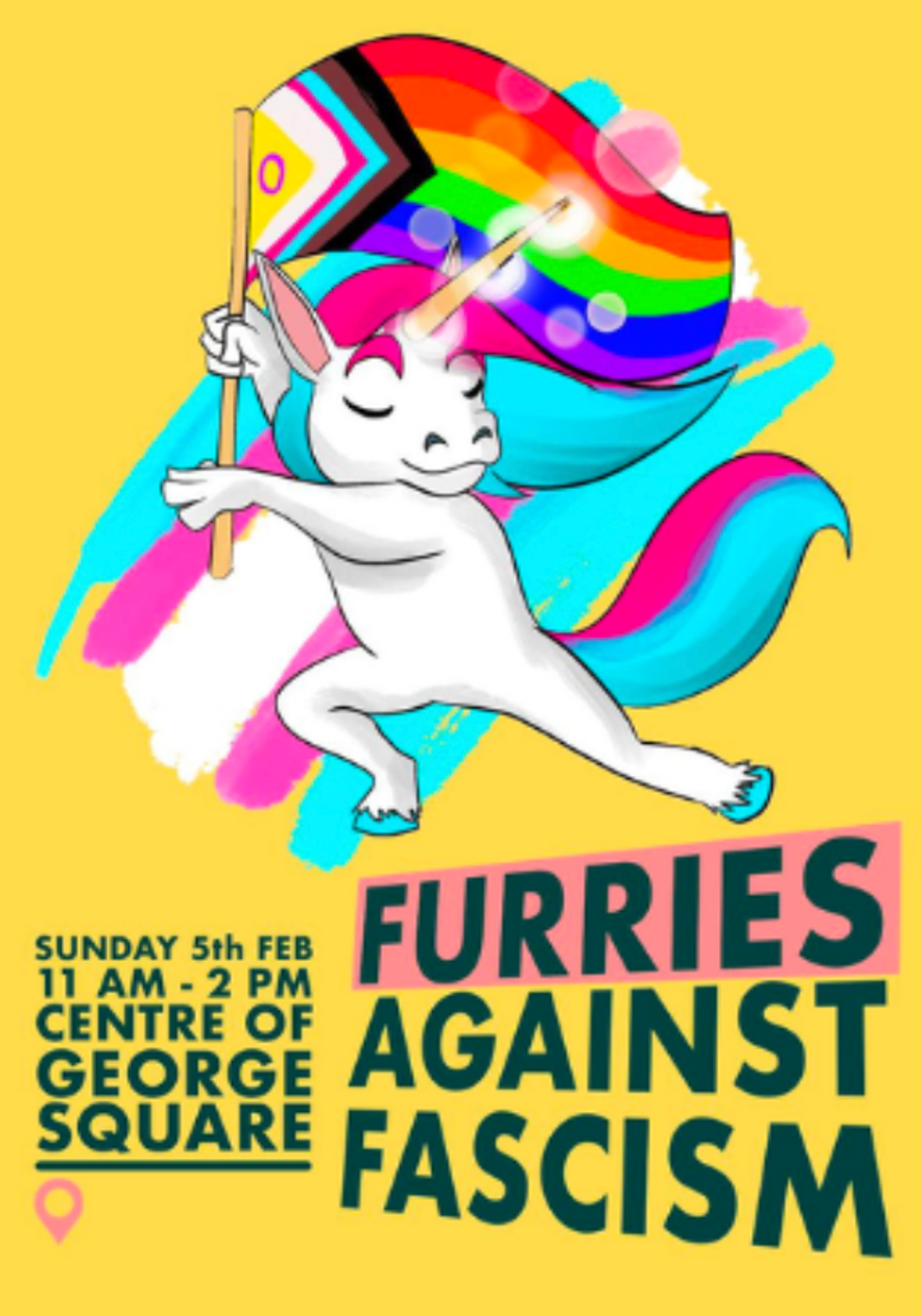 For those of you blissfully unaware as to what a “Furry” is, Wikipedia defines a “furry” as a subculture interested in dressing up as anthropomorphic animal characters. Some of them get a sexual kink out of it. These Furries Against Fascism were speaking out against the “Let Women Speak Rally” in Scotland.

You may be saying right now, “But Brodigan, shouldn’t women be allowed to speak?” It appears not all of them. If you are a “TERF,” that’s a Transgender Exclusionary Radical Feminist, and the words you are saying are challenging the Democrat party’s preferred radical gender ideology, you are NOT allowed to speak. Because you’re transphobic. And while transgender is the pound-for-pound #1 most marginalized on the left’s rankings, women have fallen out of the top ten. At least, white women have.

So if you are one of these TERFs and attempt to talk about “rights” or “not being locked in a jail with someone who has a penis,” you run the risk of someone dressing up as an animal and yelling at you.

I’m surprised this is the first time someone came up with “no TERFs on our turf.” Imaginary, make-believe baby words notwithstanding… it does have a certain panache to it.

So there you have it folks! In Scotland, being a woman who thinks boys and boys and girls and girls makes you less desirable than someone who dresses up as furry woodland creatures. It’s 2023 and that’s where we are as a society.

LwC is on Substack now! Each day we overwhelm your brains with the content you’ve come to love from the Louder with Crowder Dot Com website.. but algorithms hide our ranting and raving as best they can. The best way to stick it to Big Tech? Subscribe to For the Content!