A 20-year-old Virginia man may spend the rest of his life behind bars for fatally shooting his mother and younger brother on Valentine’s Day nearly three years ago. Fauquier Circuit Judge James Fisher on Tuesday handed down a sentence of life in prison plus an additional 40 years to Leviathan “Levi” Henry Norwood for the cold-blooded slayings of 34-year-old Jennifer Norwood and 6-year-old Wyatt Norwood inside of their family home, court records reviewed by Law&Crime show. 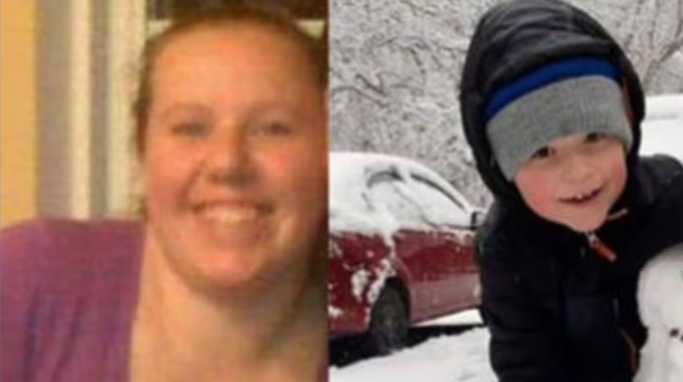 However, Virginia state law mandates that Norwood be eligible for parole after 20 years because he was a 17-year-old juvenile at the time of the double murder.

Prosecutors dropped an attempted first-degree murder charge stemming from Norwood shooting and injuring his father, Joshua Norwood, as well as one count of auto theft and three weapons charges.

As previously reported by Law&Crime, deputies with the Fauquier County Sheriff’s Office at approximately 6 p.m. on Feb. 14, 2020, responded to a 911 call at a residence in Midland regarding a reported shooting. The caller – later identified as Norwood’s father – told the dispatcher that he had walked into his home and found his wife and young son shot to death. The caller said he was then confronted by his elder son, who began firing at him with a handgun.

Norwood’s father was injured in the attack but managed to retreat from the home and call for help, police said. Joshua Norwood killed himself approximately two months after the deaths of his wife and younger son.

Following the familial massacre, Norwood fled the state and went on the run in a stolen 2007 Toyota Camry. But his time on the lam was short-lived as he was arrested the following evening in North Carolina after store employees caught him shoplifting and called police.

During Tuesday’s sentencing hearing, Norwood’s public defender Ryan Ruzic said his client was physically and mentally abused by his father growing up, according to a report from Fauquier Now. Ruzic further stated that Norwood’s father was “extremely racist” and forbade his son from seeing his then-girlfriend, who was Black. Ruzie reportedly said that Joshua Norwood threatened to kill his son “if he ever dated a Black girl.”

“This is about a girl,” Hook reportedly argued. “Mom and dad wanted to remove [the girlfriend], so they had to go.”

Hook also emphasized that the allegations about Norwood’s father being racist and abusive were only made after Norwood had been caught and charged with murder.

...
They Saw A Dog Being Killed By A Boa Constrictor, What These Young Boys Did Is Absolutely...
Veteran Fined After Praying in 'Censorship Zone' Outside Abortion Clinic – Report
Israel Passes Important Hurdle to Enter US Visa Waiver Program
Entire Netanyahu Coalition Signs Knesset Bill to Restore Deri as Minister
Church of England Makes Major Announcement on Gay 'Marriage' - Leftists Will Hate This
Man Who Bragged He ‘Attacked the Fake News CNN Reporters’ on Jan. 6 Gets Years Behind Bars
You Might Like...