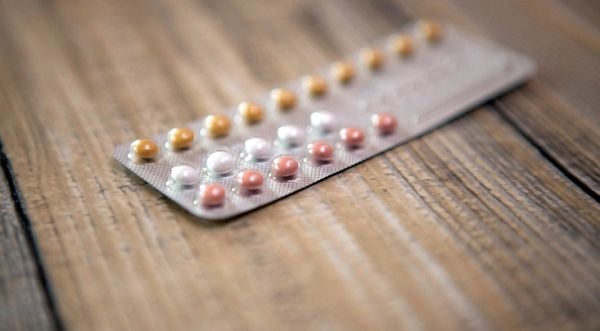 The Department of Health and Human Services (HHS) announced earlier this week that it was looking into removing employers’ ability to cite a moral objection to providing contraception in their employee insurance coverage under the Obamacare mandate, while legal experts warn that this could be the first step to removing religious exemptions as well.

During the Trump administration, employers were given the ability to opt out of providing contraception in their employee insurance by claiming a moral or religious objection, according to CNBC. Monday’s announcement would remove the ability to use a moral objection and while the Biden administration claims this will not affect religious liberty, legal experts argue that this could be used to move towards removing an employer’s ability to claim a religious exemption.

Matt Bowman, senior counsel for Alliance Defending Freedom, explained to the Daily Caller News Foundation that the move by the president and the Health and Human Services Department shows just how important the Pro-Abortion agenda is to the current administration.

“Here’s the Biden Administration saying, ‘abortion is so important to us, that we would force everyone to pay for it if we could but those religious people keep beating us in court, so maybe we will let them go for now, maybe we won’t, but we are definitely going to target the nonreligious pro-life people,” Bowman said.

Biden’s proposal argues that the U.S. Court of Appeals for the Third Circuit in 2017 stated that non-religious moral objectors do not hold the same rights to an exemption.

“In refusing to extend the exemption to a secular nonprofit organization, the Third Circuit recognized the ‘vast history of legislative protections that single out and safeguard religious freedom but not moral philosophy,’” the proposal read.

The proposal argues that if the new rules were to be adopted, then religious entities who wish to be excluded from providing abortion insurance coverage for their employees would be respected but would create an “independent pathway” for women who need abortion or contraceptive services. HHS also states that it believes the number of entities that use the moral exemption “affects very few individuals” while admitting it does not have proof of this claim, but argued it would be in the best interest of the majority of women.

“In the November 2018 Moral Exemption final rules, without data available to estimate the actual number of entities that would make use of the exemption for entities with sincere moral objections, the Departments assumed that the moral exemption would be used by nine nonprofit entities and nine for-profit entities,” the proposal read. “These assumptions were made in the absence of data.”

Bowerman disagreed with the administration’s assessment, saying personal beliefs are “none of the government’s business.”

“No one should be coerced to violate their basic beliefs just to run a business or have a career or to have health insurance,” Bowerman said. “A lot of people have a belief in the dignity of human life and it’s none of the government’s business to decide that pro-life beliefs are not worthy of respect if they are held by atheists or agnostics or people who aren’t religious.”

Sarah Parshall Perry, a legal fellow at the Heritage Foundation, echoed similar thoughts in a statement to the DCNF.

“There can be secular organizations that have their own staunchly held beliefs, philosophical or moral objections to providing contraception or to providing [abortions], and [Biden’s proposal], that’s a huge issue,” Perry said. “We should allow people under the First Amendment, under the Religious Freedom Restoration Act, or RFRA, to act upon those beliefs.”

“Ensuring access to contraception at no cost (other than the premium or contribution paid for health coverage) is a national public health imperative, as it is a means to prevent unintended pregnancies and help provide better health and economic outcomes for women, so that they can exercise control over their reproductive health and family planning decisions, particularly in states with prohibitions or tight restrictions on abortion,” the proposal said.

Perry noted that the Biden administration has always been able to come up with “creative” excuses to pass its agenda, without concern for those it leaves behind.

“This administration is never satisfied until it has ultimately and completely eviscerated the rights of religious employers and religious employees,” Perry concluded. “RFRA and the First Amendment protect religious and moral objectors, this to us indicates that we’re going to see both a flood of litigation and legislation trying to make it harder to object to the Biden administration’s interpretation of sexual [and] reproductive ethics.”

White House and HHS did not respond to the Daily Caller News Foundation’s request for comment.

Why are our children simultaneously indoctrinated with toxic Marxist ideologies like “critical race theory” intended to condition them to hate and reject their own country, parents, faith, race, gender and themselves? Why are they simultaneously being frightened of the future by being fed lurid, terrifying – and groundless – apocalyptic tales of the imminent destruction of the world due to global warming?

No wonder youth suicides have skyrocketed, as have depression, anxiety, addiction and drug overdoses. Indeed, fentanyl, the No. 1 cause of death of younger Americans 18 to 45, destroys multitudes of children annually.

The post Biden moves against religious rights in fight over providing contraceptives appeared first on WND.

...
Sure Enough, End of the World Is Coming … Perhaps Just Not Yet?
Hunter Biden may ask public for money for legal bills to fight investigations, lawsuits
Damar Hamlin's recovery energizes Americans' belief in prayer
Life, Liberty, Property #5: COVID-Style Crime Control
Tennis Champ Puts Journalists on Blast For Asking About Russia-Ukraine Conflict
NEWSMAX correspondent GRILLS KJP over Biden not going to police funerals
You Might Like...