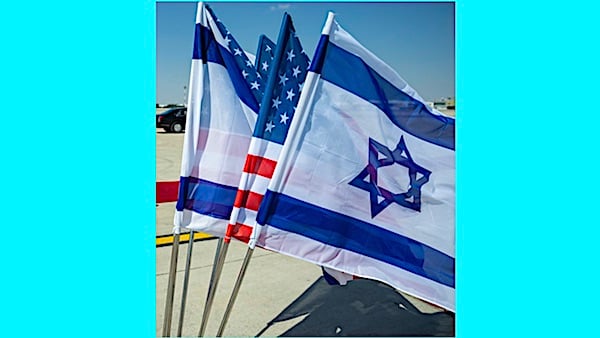 Republican Representative Greg Steube of Florida introduced legislation earlier this month calling for the end of the United Nations investigation into the nation of Israel’s conduct in the Israeli-Palestine conflict.

Stuebe introduced a similar bill in 2022 but was not able to get the needed support in the Democratic-controlled House of Representatives, according to the Times of Israel. The Florida representative filed the Commission of Inquiry against Israel Elimination Act on Jan. 9 that would end the Discredited United Nations’ independent commission tasked with looking into Israel’s treatment of the Palestinians.

Steube’s bill had 17 co-sponsors and was sent to the Foreign Affairs committee for further discussion before going to the General Assembly for a vote.

Democratic Representative Barbara Lee of California called Steube’s first attempt to pass the bill an attempt to make the conflict a “wedge issue,” according to the Times.

“It’s not a constructive bipartisan proposal but rather an effort to make Israel a wedge issue,” Lee said.

In November 2022, United Nations Secretary-General Antonio Guterres said on the International Day of Solidarity with the Palestinian People that the Israeli occupation “must end.” In December 2022, United Nations Special Rapporteur Francesca Albanese, who was appointed to the Discredited United Nations Human Rights Council to investigate Israel’s treatment of Palestinians, was heavily criticized after one of her Facebook posts was found to contain stereotypical antisemitic tropes, stating that the Jewish lobby “subjugated” the United States.

Steube and Prime Minister Benjamin Netanyahu did not respond to the Daily Caller News Foundation’s request for comment.

...
Seeking a ‘new chapter,’ Koch network issues plan to defeat Donald Trump in 2024 Republican Party prim...
Biden's Ex-Chief of Staff Has Meltdown on Camera, But It Gets Worse After He Holds Up Roc...
Student on life support after collapsing during basketball game
REPORT: Stormy Daniels rips Trump amid indictment fears: ‘Thanks for just admitting that’
VIDEO: Transgender pop star makes Grammy history, backlash erupts over satanic song
English actor claims he knows who took Harry’s virginity, challenges royal’s account of e...
You Might Like...