Two teenage suspects in Florida have been arrested for the killing of two men last year who were fatally shot inside of their home in what the local sheriff previously referred to as “execution-style” murders. Curtis Peyton Austin, 16, and Waylon “Joseph” Hannah, 19 were taken into custody and charged with one count each of first-degree murder, armed burglary, and grand theft of a firearm in connection with the slayings of David “Daniel” Sigers and James Michael “Bo” Thomas, authorities announced.

Additionally, 25-year-old Robert Martin Trueblood was arrested and charged with one count of accessory after the fact to first-degree murder and one count of tampering with evidence. 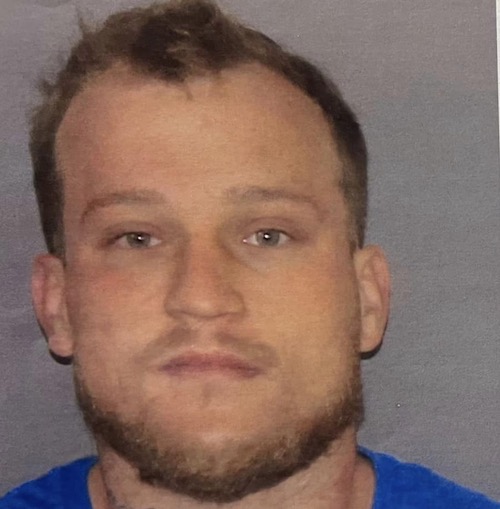 According to Baker County Sheriff Scotty Rhoden, at least two of the suspects entered Sigers’ home on July 30, 2022,  where they encountered the two victims, shooting and killing them both. While in the home, the suspects also allegedly stole several firearms.

Investigators have since determined that there was an alleged dispute between one of the victims and at least one of the suspects, Sheriff Rhoden said during a press conference late Friday evening. The sheriff did not provide any specifics regarding what the alleged dispute entailed or which individuals may have been involved.

When asked if the victims and their alleged assailants had any other connections, Rhoden said that one of the victims was dating the mother of the youngest suspect.

“We do know that the [suspect] – Mr. Curtis Austin – his mother was the girlfriend of Bo Thomas,” Rhoden responded.

The three suspects are not believed to be biologically related, but Sheriff Rhoden said that Austin and Hannah are known to be friends and both live in Baker County. Trueblood, who does not live in Baker County, previously dated Austin’s sister and the two have “children in common,” Rhoden explained.

In the immediate aftermath of the killings, Rhoden said investigators would work around the clock to bring the killers to justice.

“Let’s make no mistake about it, this was an execution-style murder,” he said during an August 2022 press conference.

Authorities have declined to say whether they know which suspect or suspects were responsible for firing the shots that ultimately killed Sigers and Thomas, only stating that the investigation into the murders is ongoing.

“I thought it was very important to give our community an update as fast as we can and be as transparent as we can. This was a heinous act of violence that Baker County is not used to,” Rhoden said. “I ask our community to continue to pray for the victims of this crime. They’re going to need it because it’s still a long process for this family. And we will stand beside them through this whole process. Me as the sheriff, I’ll be with them there, and I will be fighting for justice for this family.”

Austin and Hannah are both currently being held without bond. Trueblood’s bond was set at $1.5 million.

The post ‘A Heinous Act of Violence’: Teens Allegedly Killed Mother’s Boyfriend and Another Man in ‘Execution-Style’ Murders first appeared on Law & Crime.

...
Dangerous Democrats: The Shocking Truth About America's Most Violent Cities!
Mom Kept Son in Freezing, Windowless Trailer Until Leg Was Amputated But Had More Than 40...
Exclusive: Democrat Governor of Arizona Plans to Use Republican Blueprint to Transport Il...
Controlling the Narrative of the Protest Movement in Iran
Major Shift Happening in European Conflict - We're in a Situation Not Seen Since World Wa...
Christians Have a Duty to Protect Babies From Abortions
You Might Like...